The most vulnerable of the corporate zombie class, retailers are going out of business at a record pace. These are businesses so operationally hopeless than even in ZIRP world, they can’t survive.

To go broke when debt is nearly free and universally available requires truly abysmal business performance. As interest rates continue to creep up, the corporate walking undead will continue to fall, and for retailers, it’s an Amazonian, scorched-Earth-future dystopian world they have to look forward to.

Retail bankruptcies hit an all-time high in the first quarter of the year, soaring past last year's records, according to Moody's Investor's Service.

The fallout is far from over, however, with many more defaults expected for the remainder of 2018.

"We believe defaults in 2018 could match or exceed last year's record level," S&P Global Ratings analyst Robert Shulz wrote in a report that identified 20 retailers at risk of defaulting. Since publishing the report last month, two of the companies identified - the jewelry retailer Claire's and grocery chain Bi-Lo - have filed for bankruptcy. 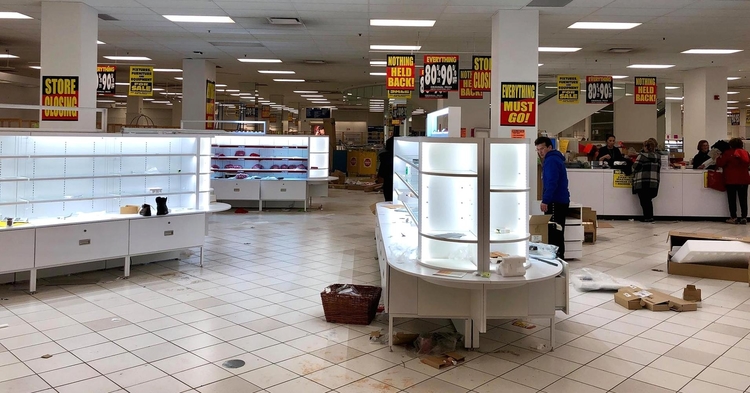 The pace of retail liquidations could also pick up this year, Shulz wrote.

"Despite store closures amid the turmoil, the US remains significantly oversaturated with retail stores," he wrote. "Some retailers have made progress towards better aligning their physical footprint to the new reality of physical versus virtual sales, but there is still excess capacity."

ORIGINAL SOURCE: Retail bankruptcies just hit an all-time high — and these 18 companies could be the next to default by Hayley Peterson at MSN on 4/17/18