Next Decade, Us Will Accrue $55,000 in Fed Debt Interest Per Household

In addition to the law of diminishing returns bearing down on debt issuance, meaning that the more debt the government issues, the less good its doing the economy, remember why they need to issue so much of it.

To pay the interest on the debt they've already issued. Interest, far and away, is the fastest-growing government expense. Forget all the high-flown talk about rebuilding infrastructure and the mighty military; at an alarming rate, the new debt we're incurring buys us absolutely nothing except the non-default of debt we've already issued.

It’s not just the repayment of debt that presents a potential crisis; it’s the interest payments. With a clear correlation between government debt and diminished growth, a natural first step would be for the government to ease its deficit spending on programs such Medicaid, Social Security, and Medicare to decrease the waste inherent in some of these programs.

Interest spending is expected to rise over $1 trillion during the next decade. That is more than the US spends each year on Medicaid and its military. It will cost $55,000 per household over the next ten years just to service debt. 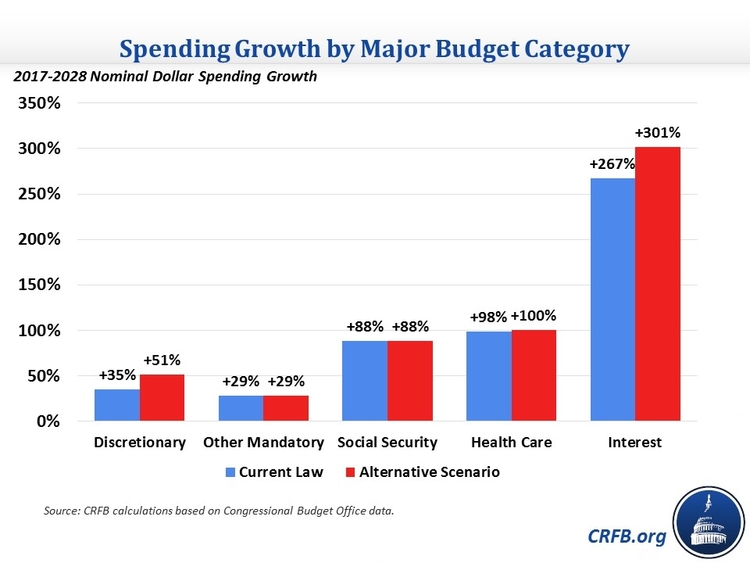 In addition to lower debt, the government needs to find new sources of revenue by eliminating spending loopholes and overall spending. Social security and Medicare will run out of funds, and these programs need to be restructured and managed more efficiently to ensure that they are available to future generations.

The government’s increasingly high debts will leave an unsupportable burden for upcoming generations. If economic growth continues to decrease, there will be less income, and less tax revenue for the government to pay its debts.

It is anticipated that the federal debt will grow by more than $13 trillion by 2030. Even if interest payments are made, there will be less funds available for security, infrastructure, and education. The once-great country of America appears to be on the decline, paralyzed by mounting debts it cannot handle.

ORIGINAL SOURCE: America: Paralyzed by Mounting Debts by Alex Deluce at The Gold Telegraph on 4/23/18