No Such Thing as “Enough”: The Defense Budget Debt-Spending Bonanza

At what point do people realize that you can’t cut taxes drastically, then increase spending drastically, without eventually paying a commensurately drastic price? We remove our ability to pay for things, then buy many more things and…profit?

Have they all lost their collective minds? Look I get that some people are leaning Democrat versus Republican and vice versa and that’s fine, but what exactly are voters getting? If, on the one hand, you think Democrats tax and spend too much you get Republicans on the other hand who cut taxes with disproportional benefit to the top 1% and then spend even more. Fiscal conservatives? Please.

In early February the US government was already scheduled to borrow nearly $1 trillion this year. 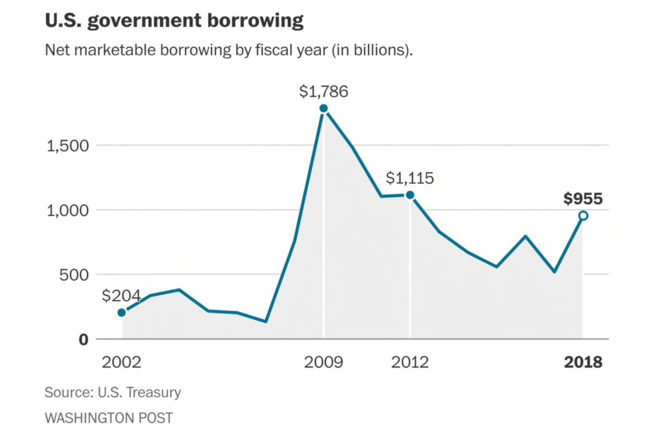 A week later and that figure is already out the door as this week both parties agreed to expand spending caps seemingly preparing for World War III. An incremental hundreds of billions of dollars to the military budget alone in just 2 years. What for? To what end? It’s a bonanza for defense contractors surely and the president apparently wants a parade, but have we entered the math no longer applies zone?

We already live in a house much bigger than any of our neighbors (China, the second-highest military spender, spends about a third of the US’s total per year). And now we're putting on an addition that, by itself, is bigger than almost all our neighbors’ houses.

And we don’t have any money to pay for it.