One World, Under Debt: Demographics of Unsustainable Securitization

Where would we be without the massive issuance and securitization of debt?

From household to corporate to federal, debt is the lifeblood of the US economy. The degree to which debt spending has inflated prices, both of goods and assets, is difficult to understate.

And, most damaging of all, the promise of ever more debt down the road has enabled us to make permanent-sandcastle promises.

The tide is coming in. It always does. And that water that looked so far away when we went off the gold standard gets closer with every crashing wave.

If finance had not been able to ‘securitize’ debts (turn them into assets) and sell them to speculators/investors over the past two decades, then debt creation could not have gone to such extremes and consumers would not have been able to borrow and spend themselves so far into financial ruin. 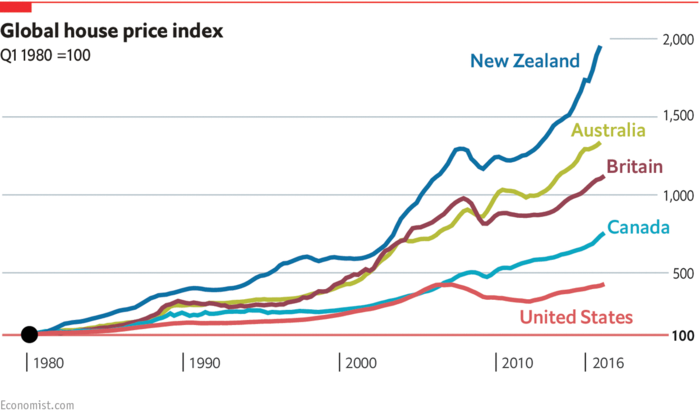 If western consumers had not been able to borrow themselves so far into ruin, they would also not have been able to buy so many goods from Asia and other developing nations for a time.

If property prices had not increased so far beyond income gains, then households would not have had to borrow so much just to get a roof over their heads or a post-secondary education.

If they had not been able to borrow so much, property prices, education and related services would never have been able to rise so much for so long, and become so unaffordable for the masses.  But they did.

The old need the young to drive productivity and innovation, pay taxes and support the social safety net.  They also need the young to buy their assets (real estate, securities, businesses) when they wish to downsize and raise liquidity.  If the young are broke:  under-employed, over-indebted and under-saved, they cannot get a footing and the social contract is undone.

Twenty years of central bank and government-enabled debt-driven asset bubbles, have broken long-standing laws of financial and social equilibrium. A secular global repricing cycle is necessary to break the impasse and reboot the system.  The status quo is unraveling, as it must.

Companies Are Freaking Out About Soaring Costs, And Are Rushing To Pass Them On To C...
More News