Rickards: Sovereign Gold Repatriation From US Resembles Run on a Bank

One country after the next, they’re coming for their gold. They want it out of US vaults and back on home soil.

Germany, the Netherlands, now Turkey…with each sovereign action, the question is put yet again to the Fed: Just how much gold do you have on Liberty Street in Manhattan? Never mind that to send it to its rightful owners, it needs to be melted down and recast, as some of it has been held for almost 100 years, and not in forms that conform to current international standards.

We’re all familiar with the so-called “run on the bank.” It usually begins quietly with just a few depositors getting nervous about the solvency of the bank.

They line up to get their cash out before the bank closes its doors. Soon the word spreads and the line gets longer. The bank projects an air of confidence and gives cash to depositors who request it as long as they can, but pretty soon the cash runs out. 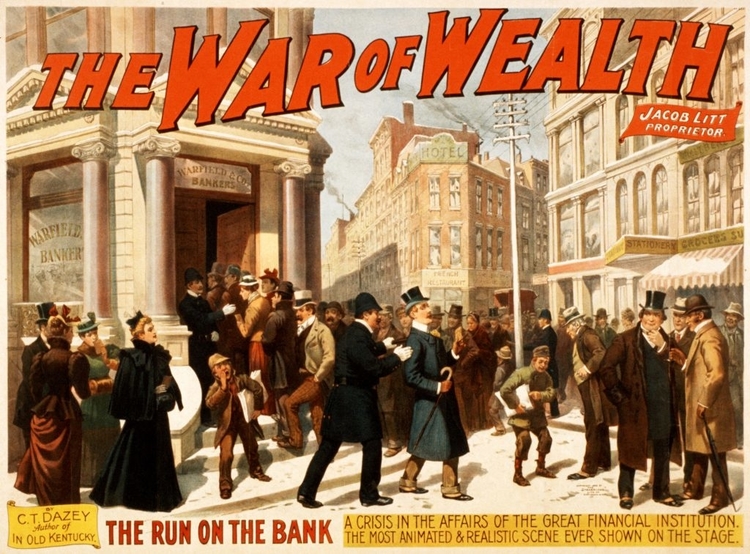 What’s different is that the run on the bank involves gold, not cash. The New York Fed will never run out of cash because they can print all they need. But they could run out of gold.

Until recently, the New York Fed had about 6,000 tons of gold stored in its vaults on Liberty Street in Lower Manhattan. Contrary to popular belief, the gold stored there does not belong to the United States (the U.S. gold is stored in Fort Knox and West Point).

The Fed gold belongs to countries around the world and the International Monetary Fund.

Beginning a few years ago, central banks demanded the return of their gold to their home countries. Germany was the most prominent example, but there were others, including smaller holders such as Azerbaijan.

The gold stash in New York is dwindling and global behavior is coming to resemble a run on the gold bank.

Skeptics claim not all of the gold is there. My own view is that New York does have the gold, although a lot of it may be leased out to support gold price manipulation by the big banks and China.

Either way, we may soon find out if New York has to shut its gold doors just like any other insolvent bank.

And we may also find out how much patience the world has left with the dollar.

ORIGINAL SOURCE: The World Wants Its Gold Back From the U.S. by James Rickards at Daily Reckoning on 4/30/18

Can the Fed Really Fine-Tune the Economy? Its Credibility Is at Stake: Barron's
More News