As the Trump administration continues to politically and economically isolate the US from the rest of the world while continuing its servile and deferential behavior toward Russia, that same Russia continues to consolidate allies and power in the East in preparation for a direct challenge to US dollar hegemony.

At the St. Petersburg International Economic Forum, the Putin administration continued its open courting of the eurozone, publicly stating that it would prefer to move to paying European countries in the euro for all trade, if those nations would simply denounce Trump’s policies as pointlessly hostile, senselessly damaging to all involved, and representative of a mistaken perception of unshakable international economic might the US no longer has.

China and Russia continue to add to their gold reserves, having publicly stated their desire to launch a competitive currency to the USD. China now trades oil in yuan, and is making inroads in the world’s precious-metal-trading markets, seeking to trade gold in yuan as well.

Eastern world powers are publicly and openly challenging the US dollar stranglehold on world trade. In bold defiance of US rhetoric and policy, the Russia-led Eurasian Economic Union recently signed a free-trade deal with Iran. A strong and aggressive coalition is being built that is designed to dethrone the US dollar.

This increasingly vocal and hostile Eastern bloc has not failed to notice Washington’s unwillingness to call out and stand up to their provocations. 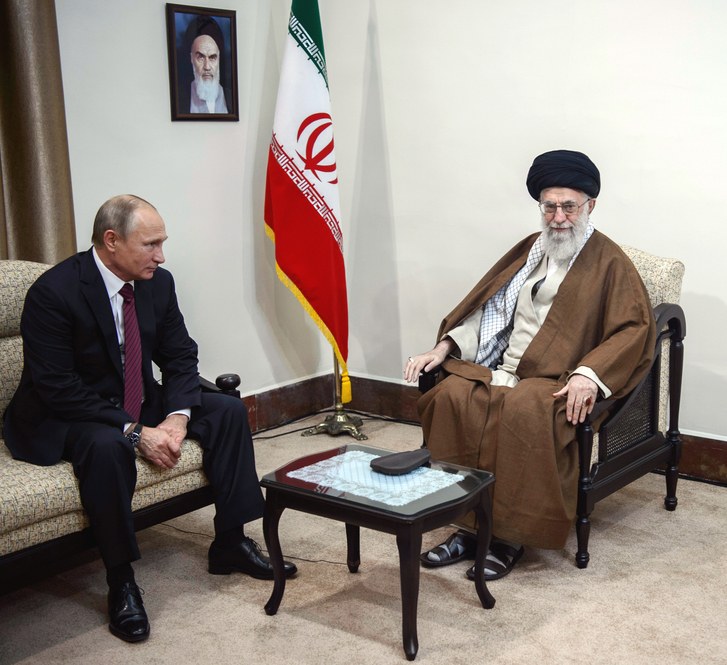 The clincher in terms of possible game-changing relations between Russia and Europe came from Finance Minister and first deputy Prime Minister Anton Siluanov: “As we see, restrictions imposed by the American partners are of an extraterritorial nature. The possibility of switching from the US dollar to the euro in settlements depends on Europe’s stance toward Washington’s position.”

Siluanov did not fail to mention that Russia, as much as China and Iran, is already bypassing the US dollar. That accounts for three crucial nodes of Eurasian integration, and that’s the way to go for BRI, EAEU, SCO and BRICS.

Add to the debate the crucial Astana headline, ignored by Western corporate media: Iran signed a provisional free-trade-zone agreement with the EAEU, lowering or abolishing customs duties, and opening the way for a final deal in 2021. For Iran, that will be a golden ticket to do business way beyond Southwest Asia, integrating it further with Russia and also Kazakhstan, which happens to be a key member of the Belt and Road Initiative (BRI).

That’s where we are now. Western elites cannot but worry when central banks in China, Russia, India and Turkey actively increase their physical gold stash; when Moscow and Beijing discuss launching a gold-backed currency system to replace the US dollar; when the IMF warns that the debt burden of the global economy has reached $237 trillion; when the Bank for International Settlements (BIS) warns that, on top of that there is also an ungraspable $750 trillion in additional debt outstanding in derivatives.

ORIGINAL SOURCE: How Singapore, Astana and St Petersburg preview a new world order by Pepe Escobar at Asia Times on 6/6/18