"So They Want to Keep Raising Rates"

When it comes to spending and debt, the federal government has become a clown car. One after the next they come out, spewing nonsense, tropes, and banalities while common sense and reality wait to be read their last rites. But what happens when even the clowns want to drive in different directions at the same time?

We continue to get data that keeps sending the same message: It’s a debt bonanza that keeps expanding and is unsustainable. Janet Yellen a few months ago said the debt to GDP ratio keeps her awake at night.

Yesterday the Director of National Intelligence came out and described the national debt on an unsustainable path and a national security threat. This is literally where we are as a nation.

What’s Congress’s and the White House’s response? Spend more and blow up the deficit into the trillion+ range heading toward 2-3 trillion. 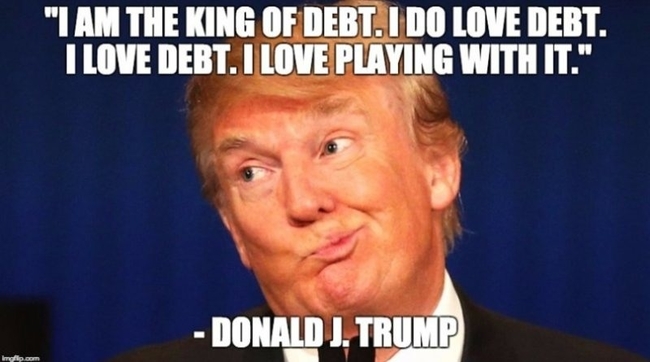 What is there to say but stand in awe at the utter hubris that is being wrought.

Last night the Fed came out with the latest household debt figures and it’s equally as damning, record debt and ever more required to keep consumer spending afloat.

So they want to keep raising rates. Fine go ahead. See what happens.

ORIGINAL SOURCE: The % Puzzle Coming Together at Northman Trader on 2/14/18