How long will inflation last?

What will the Fed do?

And is the War against Ukraine really to blame?

To help answer these questions, Mike Maloney invites Adam Taggart on today’s show to examine the White House’s claim that Putin’s war against Ukraine is “the biggest single driver of inflation.”

But the data shows that argument falls apart pretty quickly… For one, Mike points out that inflation was getting worse and worse for many months prior to the war. 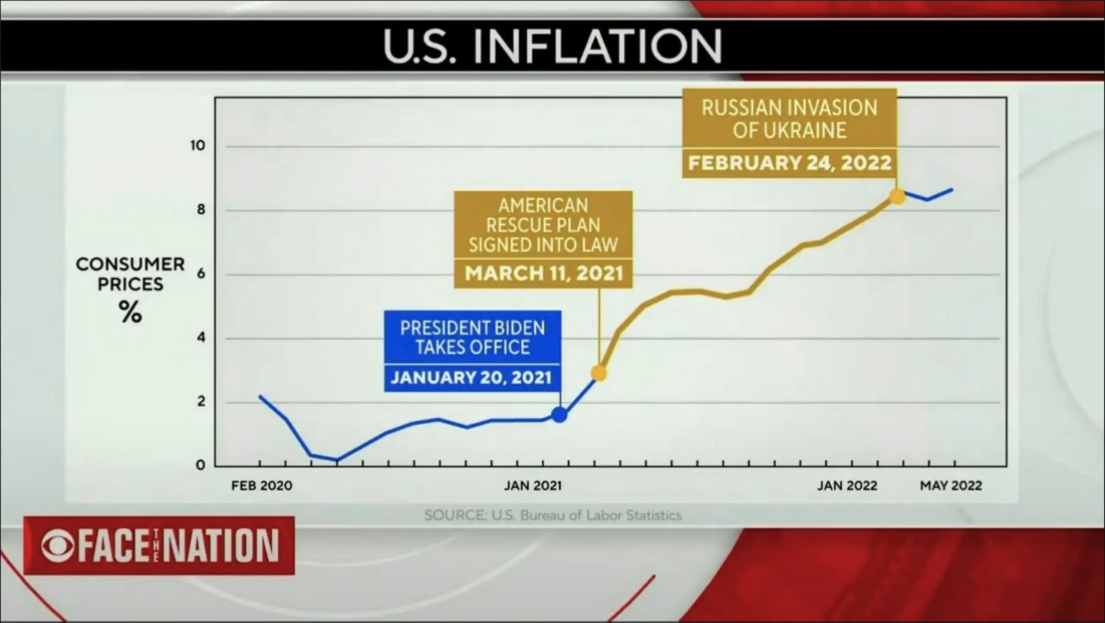 In fact, it looks like inflation hasn’t really changed much since the War.

Adam points out that rule number one in politics is to “blame the other guy” which is what the White House appears to be doing here. The War in Ukraine certainly caused temporary supply chain issues, which may have briefly affected some prices, but the data shows it is not the main driving factor behind inflation today.

All it takes is a quick look at the Purchasing Power of the US Dollar to see that inflation has been set in motion since 1913 – the creation of the Federal Reserve.

“People think of inflation as prices going up and they’ve got to stop thinking about it that way. It’s the currency falling. It’s the Dollar falling, the Yen falling. The British pound, the Euro, they’re all falling like they jumped out of an airplane. gold is still in that airplane, it’s still flying high…” – Mike Maloney

But the declining value of the dollar is only half the story… Few people realize that the Producer Price Index, the measure of the change in prices U.S. producers set for goods and services, has risen very quickly.

This increase in prices for hundreds of thousands of products and services  paired with rising raw material costs and skyrocketing energy costs means inflation will only continue to get worse, which is disastrous news for everyday people…

This is a situation we’ve never been in before. Our economy is in uncharted waters. And Mike believes things will continue to get much worse before they get better…

“What I’m predicting right now is that we’re going to see several more months of inflation, until the Fed breaks the economy. Because they’re going to fight this until they cause a really bad stock market crash, real estate [crash], banking crisis… They are going to keep fighting inflation and raising rates into the biggest bubbles that have ever been created in human history…”

That’s why both Mike and Adam agree that it’s critically important for you to take steps to prepare yourself – like owning real assets like gold and silver – if you haven’t already.

If you want to get all of the facts about what’s really going on with inflation today, this is a video you don’t want to miss.