Distraction. Long one of the most potent weapons in any military campaign. Create a loud, flashy diversion on one front to divert attention from your true point of attack.

Think of the Everything Bubble as the Fed’s diversionary tactic against your long-term investment success. Yes, it has driven up asset prices to all-time insane valuation levels via ZIRP and QE. Yes, the gold price, relatively speaking, has languished as it has done so.

But like a fighter who comes roaring out of the gate and throws everything he has at his opponent in the first round, it can’t last. Let that fighter exhaust himself, throwing wild punches at max effort (ZIRP, QE). He may land shots here and there, but it’s simply not a sustainable approach. Then, while you’ve been patient and diligent in your defense, win the bout when all the flash and fury is gone, and only true long-term value remains. 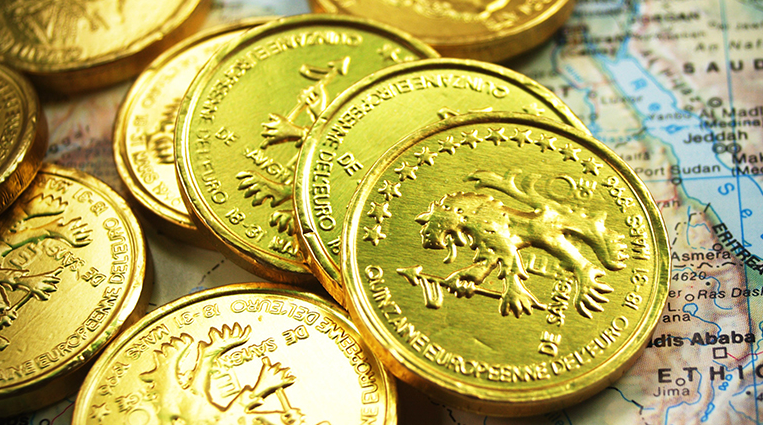 Number 1: Gold has a long history of storing value. Since the discovery of gold thousands of years ago, it has been a coveted commodity and store of value.

Number 2: Inflation is historically good for gold. Gold has historically been an excellent hedge against inflation, because its price tends to rise when the cost of living increases.

Number 4: World gold supply is shrinking. Gold is both scarce and finite – another reason why it’s so highly valued.

Number 6: Central banks are adding to their bullion reserves. Since 2010, global central banks have been net buyers of gold as they move to diversify their reserves, with net purchases totaling 371 tons in 2017, according to the World Gold Council.

Number 7: Gold is inversely correlated to the U.S. dollar. Because gold is priced in dollars, its value increases when the dollar contracts.

Number 8: Negative real rates. One consequence of strong inflation is that real rates—what you get when you subtract the current consumer price index (CPI) from the nominal rate—can turn negative.

Number 9: Bullion is seen as a safe-haven during times of political instability. Just as investors flock to bullion during financial instability, many also do so in times of rising world tensions and geopolitical turmoil.

Number 10: Gold is one of the best portfolio diversifiers. Historically, gold has reduced losses during periods of economic distress or instability in the markets and helped to improve portfolio risk-adjusted returns.