Talk Is Cheap, But Debt Is Getting More Expensive, and That’s a Problem

It’s said that if wishes were horses, beggars would ride.

If the Fed’s words amounted to anything, they would force the yield curve not to invert. They are as keenly aware as anyone else that the past nine times the 2-year rate has risen above the 10-year rate, it has accurately predicted a recession.

And in their perfect world, soothsaying would bend the market (and the yield curve) to their will. The Fed’s James Bullard can point at the sky and insist it’s green all he likes…the fact remains that it’s still blue, and the yield curve is still on its way to predicting the coming recession. 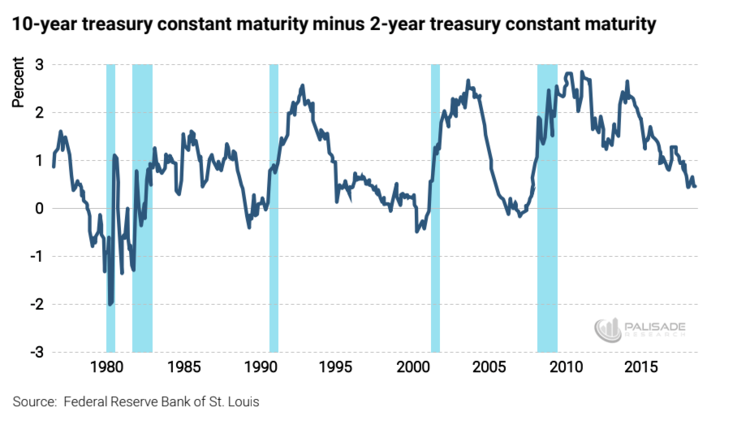 Yesterday the Federal Reserve’s FOMC Minutes confirmed what we’ve been thinking – that the Fed will find a way to justify higher-inflation without raising rates faster.

But what really made me laugh were comments made by James Bullard – President of the St. Louis Fed Bank. He said that the yield curve has a “nice slope” and there is currently no danger of an inverted yield curve.

But – ironically – the yield curve got even closer to inverting after his words and the FOMC’s comments about expecting a rate hike in June. This news was supposed to make the spread widen.