As with the gold market update, analyst Clive Maund see's silver breaking out as well albeit a little bit slower as it tends to underperform initially as it like's gold to lead the way, but once it does it's off to the races where silver usually outperforms gold.

....it won’t take all that much for it to break out of it. Once it does it will encounter a zone of quite strong resistance in the $26 - $28 zone at the underside of the earlier top pattern. Note the big volume buildup as the Right Shoulder has formed, which is bullish... 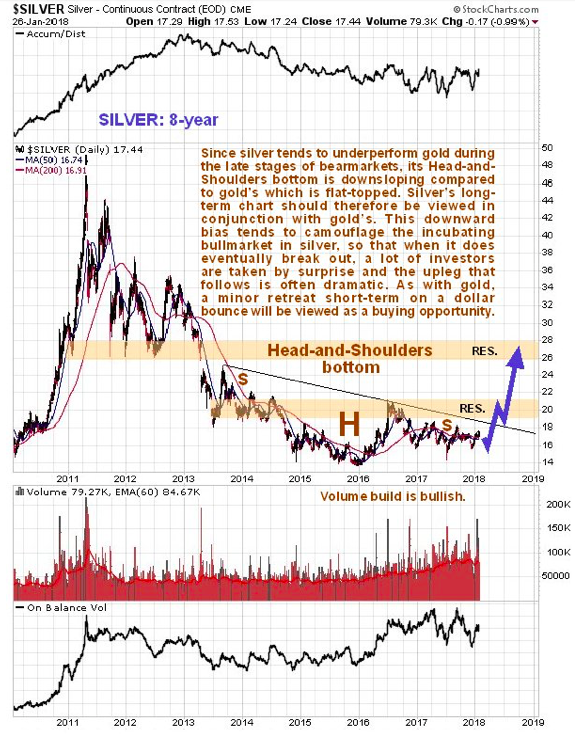 According to Clive the commitment of traders report looks surprisingly favorable even more so than gold and possibly could do with the explosive rally silver can produce percentage wise.

...and also supports our contention that when silver does break out of its base pattern, the resulting rally could be sharp. 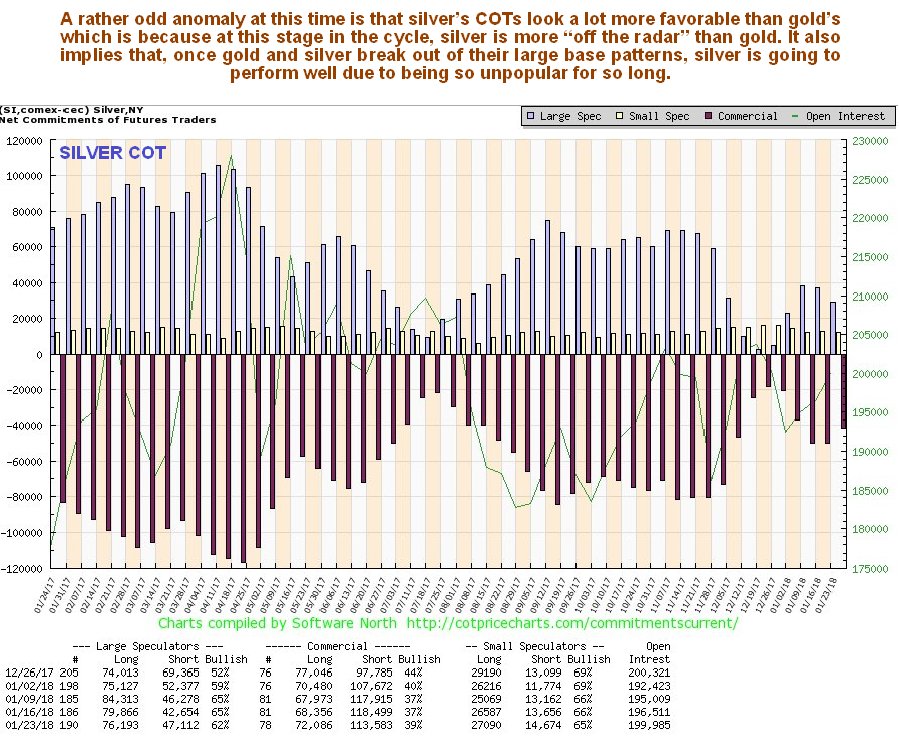