At the end of last year, something scary started in the markets, for a brief moment.

For the casual investor, stocks and bonds both might have seemed a little shaky.

And, for those who watch the market more closely, it all seemed to be coming undone. Fast.

Maybe all the prognostications of the end to this historic bull market were finally coming to pass.

If you didn’t notice, we don’t blame you. If you did, and the market just seemed to magically reverse course without a clear explanation: ditto.

What happened in December 2018, however, is critically important to understand. The market was unwinding... until the Federal Reserve stepped in. This might sound familiar, but this time is different. Let me explain why.

It started with the sudden breakdown of one of those markets everyone is watching carefully for signs of a pin touching bubble: corporate credit, the constant stream of cheap-debt lighter fluid needed to keep the economy growing, was suddenly becoming difficult to come by.

The “junk bond” market, where the riskiest of corporate debt for buyouts, startups, or hard-luck cases turn for cash, was frozen.

And when I say “frozen”, I mean not a single junk deal was executed for 40 consecutive days.

That is nothing less than the credit market seizing up. That is the beginning of the next major financial crisis.

December 2018’s total high-yield bond raise was the lowest since August 2008 — the prelude to the last great market crash. It ended the month with net sales of barely over half a billion dollars, having recently done $10 billion a month — a 95% decline.

Funds tied to the junk bond market? They were falling off the table: 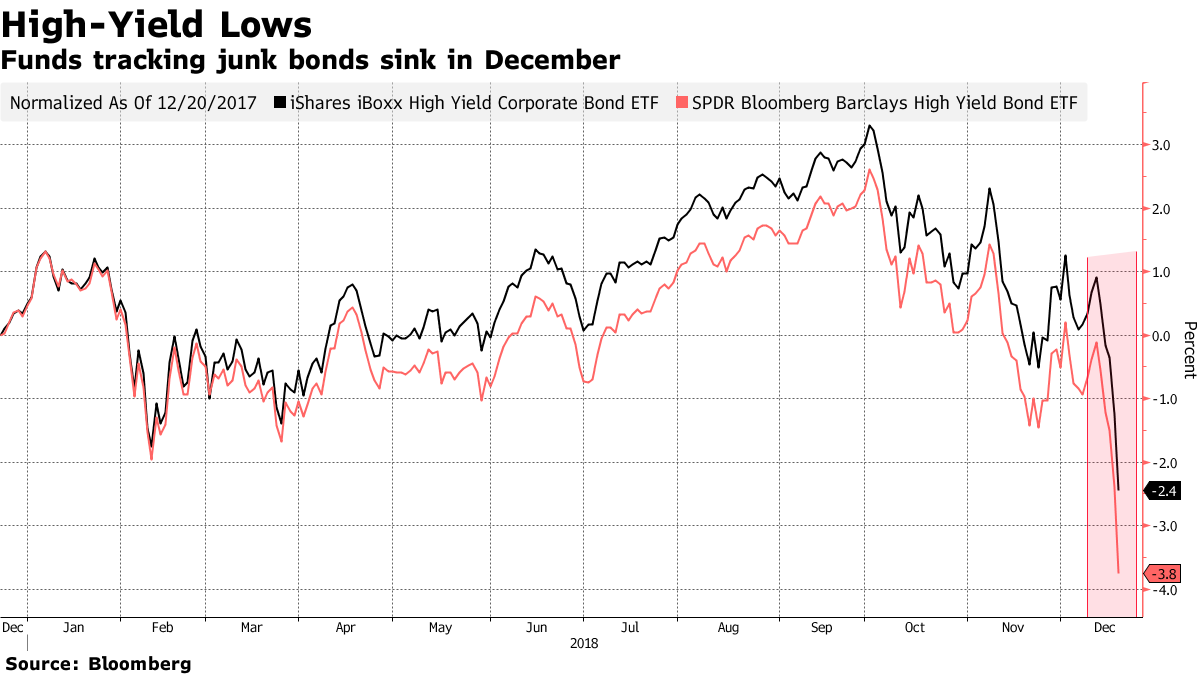 And keep in mind that all this was transpiring with interest rates still at historic lows. The fed rate was (and remains) at a paltry 2.5%. Yet even this scant bit of interest was proving too onerous for America’s increasing horde of “zombie companies”.

The Fed to the Rescue

After a year of jawboning how important it was to get interest rates ‘normalized’ again, back up to the 5% (at least) area, Jerome Powell — faced with a meltdown in corporate debt, and we can only imagine what phone calls coming in from Wall Street — suddenly discarded everything he had been saying for a year, and put rate hikes on hiatus.

As the Fed raised rates by a mere quarter point in December 2018, it more importantly signaled that the expected three hikes in 2019 would likely be more like two. By March 2019, it was down to none.

The inevitable was forestalled. Debt payments weren’t going up as expected.

Wall Street calmed down. But why were they so panicked to begin with?

The Myth of the American “Free Market”

The reality of the matter is simple. In the US, “the economy” is, in large part, the output of the largest businesses in America. And fully 15% (and rising) of those companies are so operationally weak, they can’t even afford to pay the interest on their debt (let alone any of the principal).

They are zombie companies, feasting on cheap debt like brains. 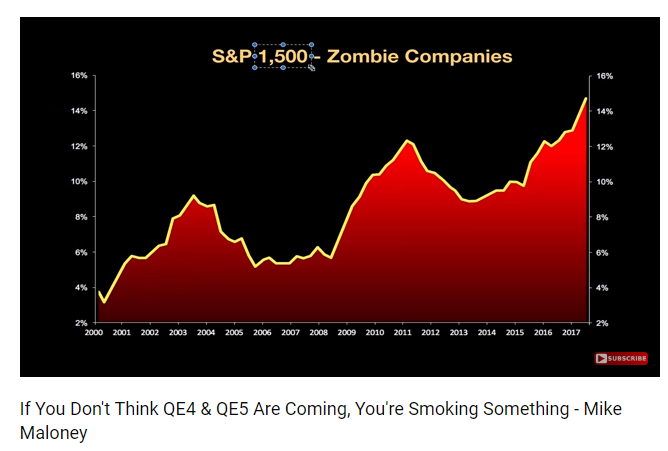 The rise in rates the Fed was signaling would have burned through this group of companies like a poorly written Danerys Targaryen through a city of people not at all between her and newfound mortal enemy Cersei Lannister… (too soon?)

But instead of allowing the free markets to do what they do best and let failing companies fail (making way for stronger, leaner, more innovative recipients of capital investment), the Fed has decided to play zombie nursemaid... yet again.

Soon, I suspect, we will hear that not only are rate hikes on pause, but a fresh round of rate cuts seem to make a whole lot of sense. Anything to forestall the inevitable collapse. In fact, President Trump has recently begun beating this particular drum.

After that? QE4, QE5. Those negative interest rates many market pundits thought were out-and-out impossibilities? There is now $10 trillion invested in them worldwide. And while it remains to be seen whether negative nominal rates will make their debut in the US, know that if the Fed thinks they can forestall the coming collapse, they won’t hesitate.

And it is completely unsustainable.

So while it is frustrating to see precious metals prices stalled out due to the manipulations and machinations of the Fed that keep all these fragile plates spinning, we will wait for them to (again, inevitably) fall.

The longer the Fed manages to forestall the eventual collapse of this walking-dead system, the more staggering and total the devastation will be.

When the reckoning arrives, we’ll be so grateful we had so much time to accumulate gold and silver at what will someday feel like true bargain prices. Because when the unprepared 99% all rush to buy the scarce precious-metal money that we already own, we will see a modern day sea change in the way the world’s population views, respects, and prices gold and silver.