The Best Reason I Know to Buy Silver Now: Everybody Hates Silver

Silver is not a four-letter word. But these days, “silver” is often preceded by one.

Seldom has sentiment surrounding silver been so universally negative. This chart from a dedicated metals analyst, and especially its title, sums up the prevailing view of silver today: 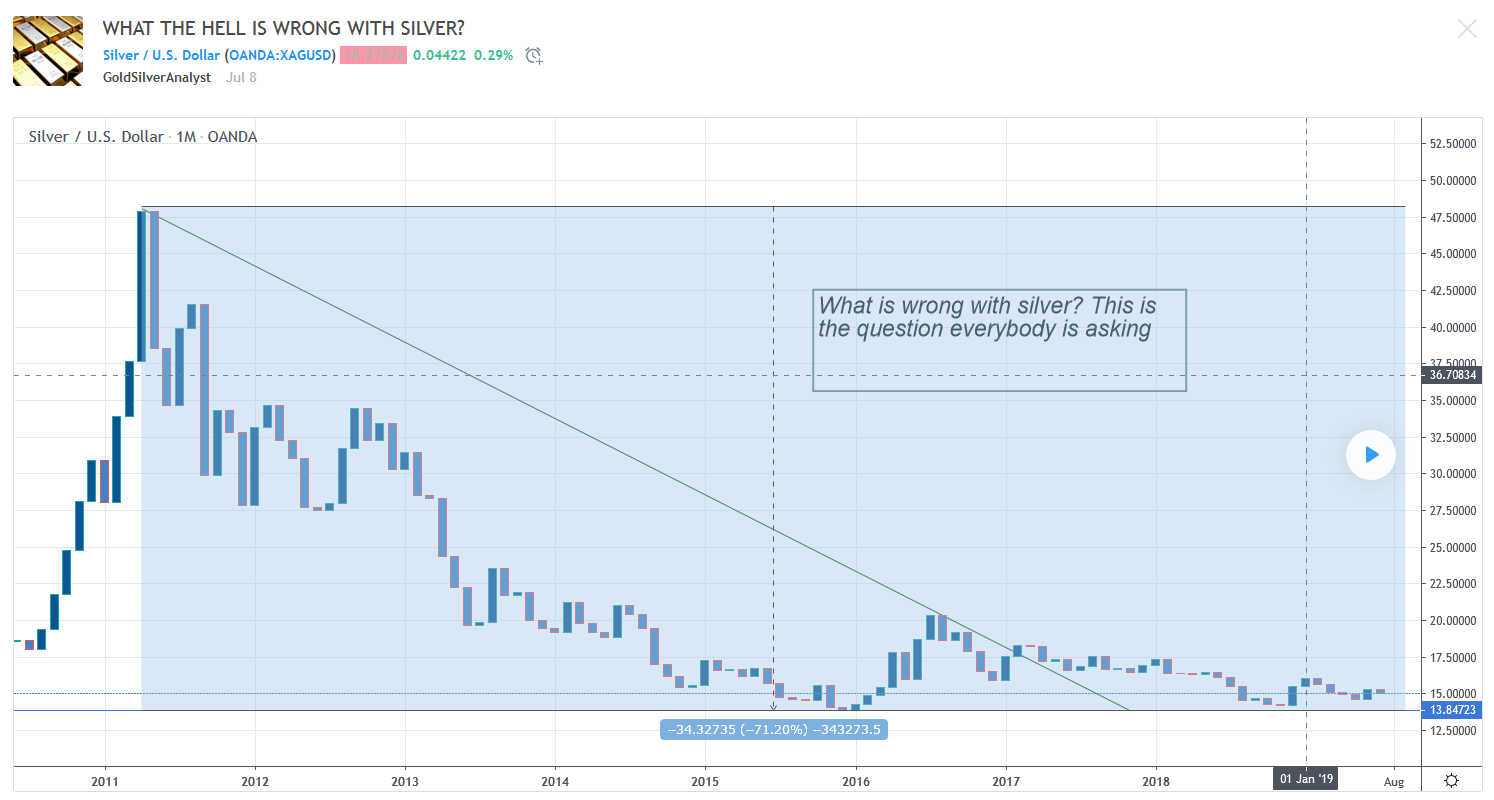 So what on Earth IS wrong with silver?

As in almost all cases of an intrinsically valuable asset that has underperformed other markets for a long period of time, the answer is absolutely nothing. It’s simply waiting its turn to come back into fashion, which all assets that have an intrinsic worth always do.

Still, it’s one thing to be heavily allocated to silver if its big brother gold was also languishing. But gold has left silver behind… breaking out to 6-year highs.

It’s enough to pull your hair out! But don’t…

The Gold/Silver Ratio, simply the measure of how many ounces of silver it takes to equal one ounce of gold,  has almost never been this high.

Some might call that overextended, as every single time in the last century it has risen above 80 has marked the beginning of a period when silver would go on to outperform gold in the near future…

Today it’s above 90. How rare is a Gold/Silver Ratio (GSR) this high? 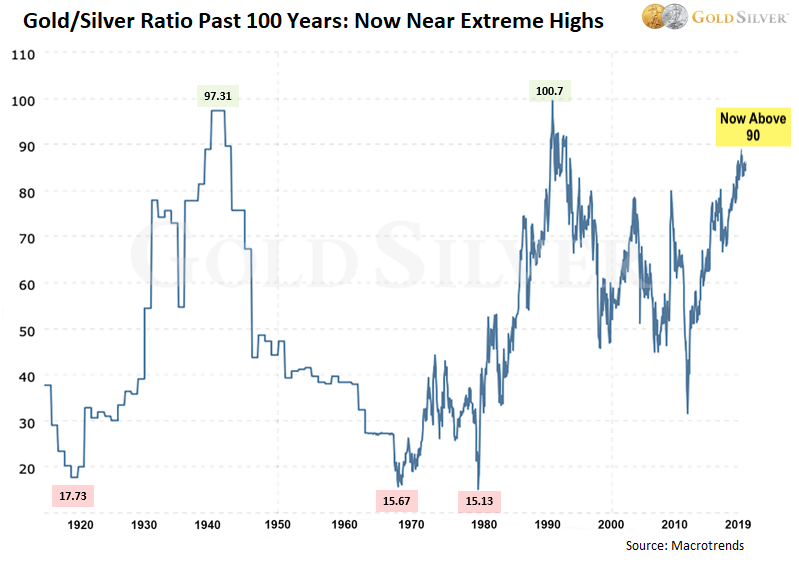 Over the past 100 years, the GSR has spent less than one year above 90. And almost all of that time was while the US was still on the gold standard. In fact, it was at the outset of WWII, a time when international conflict and the very fate of the free world was very much in question.

If you’re heavily invested in silver, every successive uptick in the GSR is painful. It means that an investment in gold would have returned more than your investment in silver. We understand.

But, let’s not minimize what a GSR number this extreme actually means: hugely lagging silver prices in the face of a gold market that has been quite hot.

Which is how it usually goes. Silver routinely lags gold during the beginning of a precious metals bull market. Then sprints past it, outperforming gold significantly.

Don’t Give up Now

In the marathon that is precious metals investing, don’t quit when you’ve already put in all the pain of training and have run well more than half the race. We can’t tell you if silver will start to outperform gold today, tomorrow, or much later.

But if the GSR is any guide, and historically it always has been, selling silver now would be like quitting a 26.2-mile race at mile 25. Whereas buying more would be like running a marathon… in 5 minutes.

I’ve run a couple marathons. The last miles are, of course, the most painful. They’re also what separates those of us who refuse to quit on what is a great idea that ends up feeling like the worst idea in the world by the final stretch.

If you’re a silver investor, like me, I urge you: Don’t throw in the towel on a race that all of precious metals price performance history says is much, much closer to ending in your favor if you just hang in there during the most painful part.

And if you’re just joining the race now? Well, you get the best of all worlds. Again, the GSR has always indicated a reading above 80 has been a great time to swap gold for silver. And now it’s above 90. Which is why I’m making the largest silver buy of my precious metals investing life today.

For the true stalwarts out there, consider joining me in forcing yourself to laugh through the pain and invest in direct opposition to your emotions. I bought some 10 oz GoldSilver Crest Bars and 1 oz GoldSilver Silver Bull rounds this morning, both fantastic values, to add the most metal I can at the lowest cost to my holdings.