Graham Summers of Phoenix Capital Research tell us The biggest issue in financial political power structure today is the End of Centralization. 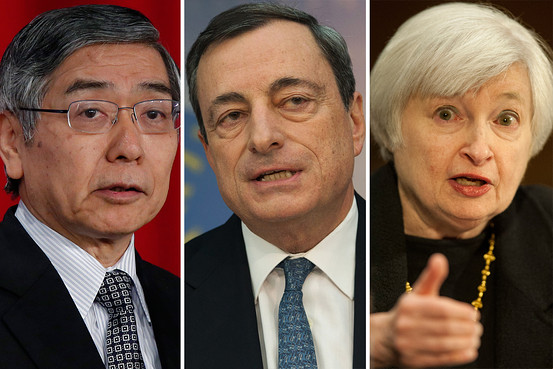 In the post 2008 era, the Globalists made a major push to hold the system together. The multi-billionaire class, particularly those who made fortunes from crony capitalism and bubble economics joined forces with the Keynesian media shills to convince the world that the only way we would survive would be if trillions of Dollars were given to those who were deemed “systemically important.”

Warren Buffett was a prime example of this. Buffett amassed a fortune by being a raging capitalist who prided himself on never losing money on an investment. But by the time 2008 rolled around, he faced the very real prospect of seeing his fortune halved.

Somehow he managed to convince the public that he was still a great guy while pushing for bailouts in the very firms in which he had taken large stakes: Goldman, Wells Fargo, etc.

Buffett was not the only one. He’s just the best known.

Let’s be blunt here: the 2008 bailouts and money pumps completely betrayed capitalism. The outcome was precisely what you’d expect from Central Planning:

Today, eight years later, the elites are terrified that the game is ending.

You can see this in many ways. The architects of this mess (Ben Bernanke, Alan Greenspan, Larry Summers and others) have resurfaced with revisionist narratives in which they are not responsible.

Similarly, those currently at the helm of the Central Banks have begun abdicating their responsibility for what’s coming.

This is most evident in Central bank Presidents like Draghi and Yellen dropping all pretenses of being able to hit their goals/ targets and instead passing the blame onto political bodies such as Congress.

·      Bank of Japan Head Harihiko Kuroda confessed in January that Japan has a limited GDP potential no matter what policy he employs.

·      European Central Bank President Mario Draghi admitted that despite FOUR NIRP cuts and €1 trillion in QE the ECB won’t hit its inflation targets for a decade.

·      Federal Reserve Chair Janet Yellen has begun implicitly pushing for Congress to step up in terms of policy because the Fed is effectively out of ammunition.

These are very critical “tells” from those at the top of the Central Planning economic structure. These individuals know the game is about up and they know what is coming. They also know that politically the tides are now against them.

BREXIT, Trump, Le Pen, Duterte, are all part of a larger global trend away from Centralization towards Nationalism. Whether you like or despise these people/ issues is irrelevant. Their popularity is the product of the last eight years of Cronyism/ Central Planning.

This terrifies the global elites, particularly those who have been riding the crony capitalist gravy train to $ billions. It also terrifies those who link their power and prestige to the current system (Central Bankers, academic economists, and media shills).

This is why you are seeing shilling occur on an unprecedented scale in the media. Those who’ve made fortunes from market bubbles (Mark Cuban for one) as well as the usual Keynesian shills (Krugman, etc) are out in full force claiming that if the system doesn’t maintain the status quo, the world will effectively end.

This is just another version of the Great 2008 Lie, that if we didn’t bailout certain people/ prop up certain institutions, the world would end. It was bogus then and it is bogus now.

The fact is that capitalism operates just fine with failures. There were many firms ready to step up to fill the void created by letting key players who made business ending decisions fail.

Consider that over half of the current Fortune 500 were founded during recessions or bear markets in stocks.

Obviously recessions, bear markets and firm failures don’t stop economic progress. If any thing they promote it much as a forest fire wipes out dead debris to make room for the stage of growth.

And what has the world got to show for it? The weakest recovery (if you can call it that) in decades, wealth inequality at extremes, and a record number of individuals relaying on welfare/ entitlements.

Never before in history has so much money been spent, accomplishing so little. And it’s set the stage for another massive financial crisis.

If you, like us, believe that the world is heading for another financial crisis, you’ll love our 21-page investment report titled the Stock Market Crash Survival Guide.

In it, we outline the coming crash will unfold…which investments will perform best… and how to take out “crash” insurance trades that will pay out huge returns during a market collapse.

We are giving away just 1,000 copies of this report for FREE to the public.

To pick up yours, swing by: