It’s a dual-pronged problem: What if, despite all the money printing by the Fed, it is still dammed up in bank reserves?

The brazenness of such behavior is only brought to light when the system is in imminent danger of crashing down. Emboldened by not just bailout assurance but Fed-supplied reserves, do you think banks have gotten more or less aggressive in the behavior that sparked the 2008 crisis to begin with?

When we try to actually create a theory that one thing is the source of any effect, we always end up with egg on our face. It simply cannot be done. It is always a dance of many factors and how they come together in what combination and in what order. 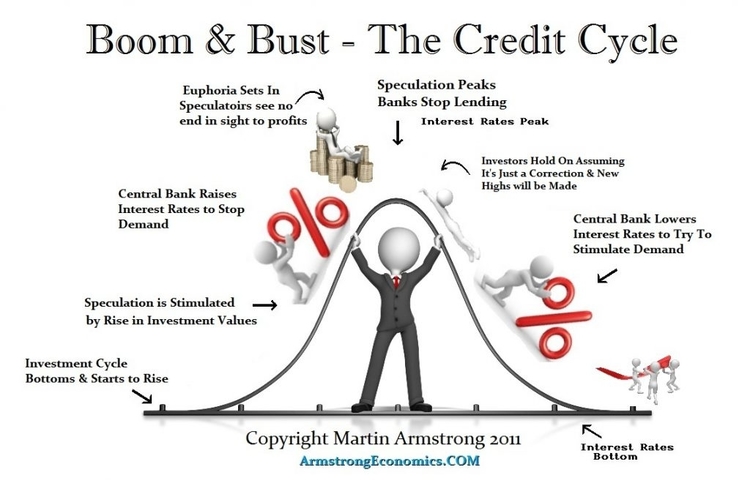 The Boom & Bust Cycle is far more directly impacted by the Credit Cycle than by money supply. You can create all the money you want, but if the banks will not lend and consumers will not borrow and prefer to hoard because they do not trust the future, you will be in a deflationary cycle.

This is why I have made it clear many times. The 2007-2009 Crash was far more devastating than the numbers show because real estate dropped and people felt that they lost their wealth. This is why liquidity remains about 50% of 2007 level for people trade and invest less.

The vast majority of homes are still worth less than they were in 2007. The average consumer does NOT “feel” richer so they spend less. The youth have turned to renting and see the dream of owning your own home as a joke after property taxes for which you get no credit when you sell a house. Then they saw the wealth of their parent evaporate in the home.

When Inequality is High, Pandemics Can Fuel Social Unrest