Panning back from the shorter-term exigencies of market gyrations and political gamesmanship, central bank manipulation has wrought a far more impactful global reality: an enormous and ever-increasing wealth gap.

Extreme differences between the living conditions of the ‘haves’ and the ‘have nots’ are the stuff of sovereign revolution. How tenable is a status quo where 1% control 66% of world capital?

The world’s richest 1% are on course to control as much as two-thirds of the world’s wealth by 2030, according to a shocking analysis that has lead to a cross-party call for action. 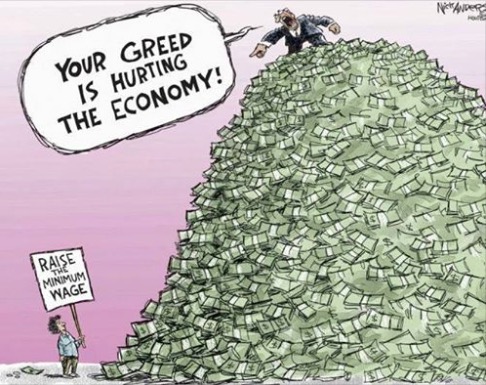 World leaders are being warned that the continued accumulation of wealth at the top will fuel growing distrust and anger over the coming decade unless action is taken to restore the balance.

An alarming projection produced by the House of Commons library suggests that if trends seen since the 2008 financial crash were to continue, then the top 1% will hold 64% of the world’s wealth by 2030. Even taking the financial crash into account, and measuring their assets over a longer period, they would still hold more than half of all wealth.

Analysts suggest wealth has become concentrated at the top because of recent income inequality, higher rates of saving among the wealthy, and the accumulation of assets. The wealthy also invested a large amount of equity in businesses, stocks and other financial assets, which have handed them disproportionate benefits.

ORIGINAL SOURCE: Richest 1% on target to own two-thirds of all wealth by 2030 by Michael Savage at The Guardian on 4/7/18