“There are three kinds of lies: lies, damned lies, and statistics.” – Benjamin Disraeli

We live in a world with ever-dwindling attention spans. We see the headline of an article and extrapolate what we want to believe from that, skipping the content. Often, the content itself has little to do with facts at all. And even when current and accurate data is cited, it can be ‘massaged’ to mislead.

So take a look below and remember to think hyper-critically in this environment, where the most bullish chart you will see all day actually turns out to be a harbinger of the recession to come.

The level of jobless claims is one data series currently being touted as a clear example of why there is “no recession” in sight. As shown below, there is little argument that the data currently appears extremely “bullish” for the economy. 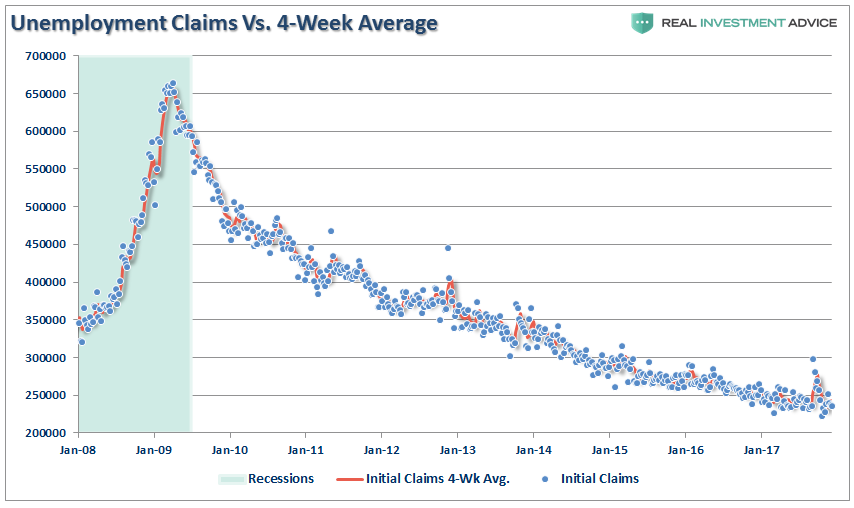 However, if we step back to a longer picture we find that such levels of jobless claims have historically noted the peak of economic growth and warned of a pending recession. 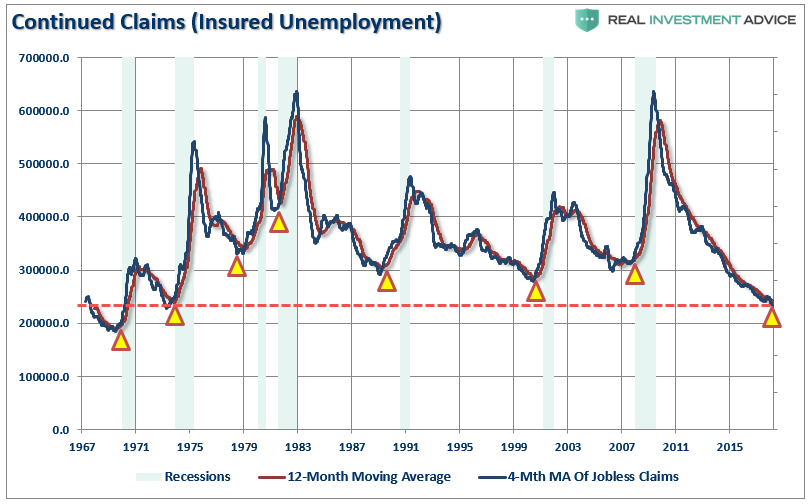 ORIGINAL SOURCE: Recession: When You See It, It Will Be Too Late by Lance Roberts at Real Investment Advice on 3/19/18