The Spark That Lights the Wick: Velocity of Money to Ignite Inflation

The velocity of money measures the turnover of dollars, how often they are spent, and then spent again by their recipients, over a certain period of time. It has been falling, more or less on a line, since 2008.

It now appears that the velocity of money has finally bottomed, and is, in fact rebounding. And, in couldn't come at a worse time: with Trump dumping trillions into the economy to stimulate it further, the Fed is now painfully behind the curve, which means that chair Powell will find himself rushing to hike rates at virtually every opportunity to avoid getting Volckered. 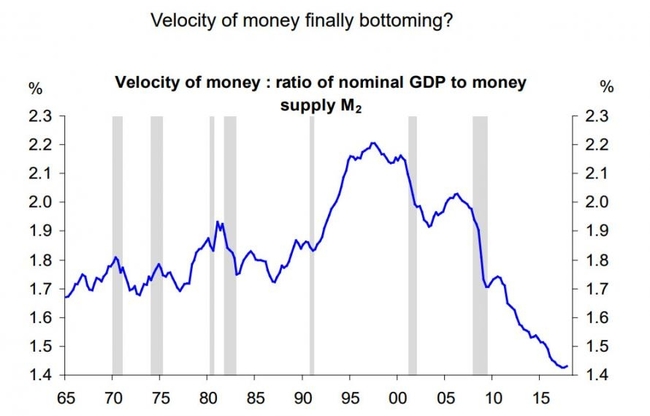 The Fed would like you to believe that the reason we haven’t seen a proportional surge in either GDP or inflation during that time is that people were so aggressively saving this money. That is provable nonsense. The US savings rate is near all-time lows. The truth, as oft stated here, is that all this printing press money was used to buy risk assets, stocks, and inflate that bubble. And that money has stayed there until now. That’s been some of the lowest velocity money around. 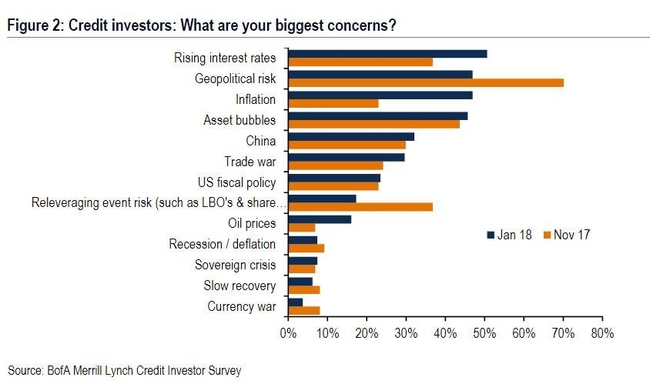 So why did the unprecedented monetary base increase created by years of QE not cause a proportionate increase in either the general price level or GDP? The answer, according to the Fed at least, was in the private sector’s "dramatic increase in their willingness to hoard money instead of spend it. Such an unprecedented increase in money demand has slowed down the velocity of money, as the figure below shows."

In light of the recent collapse in the US savings rate to just shy of record lows, that explanation makes zero sense, and what the St. Louis Fed meant to say is that of spending (or saving) freshly created money was immediately invested into risk-assets, almost exclusively by members of the 1% who were "closest to the money”. This explains why there was almost a 1:1 correlation between the increase in the Fed's balance sheet and the S&P for years.

ORIGINAL SOURCE: Inflation Alert: The Velocity Of Money Has Finally Bottomed by Tyler Durden at ZeroHedge on 2/8/18