Trump Views Fed as Simply Another Functionary to Execute His Whims

Perhaps the single defining characteristic of the Fed is that it is independent from the presidency and not beholden to it. Remember the “Audit the Fed” campaign Donald Trump? That’s okay, neither does he.

That Trump does understand the independence of the Fed is no great surprise; neither is his blatant disregard for those who would uphold this fundamental role of the Fed chair office. Trump’s Fed is there to provide accommodative policy to Wall St. at all costs, to completely ignore all long-term ramifications. Just think about today.

President Donald Trump does not really view the Federal Reserve as an independent agency intended to be outside his ability to control, a onetime candidate for the top job at the world’s most powerful central bank said. 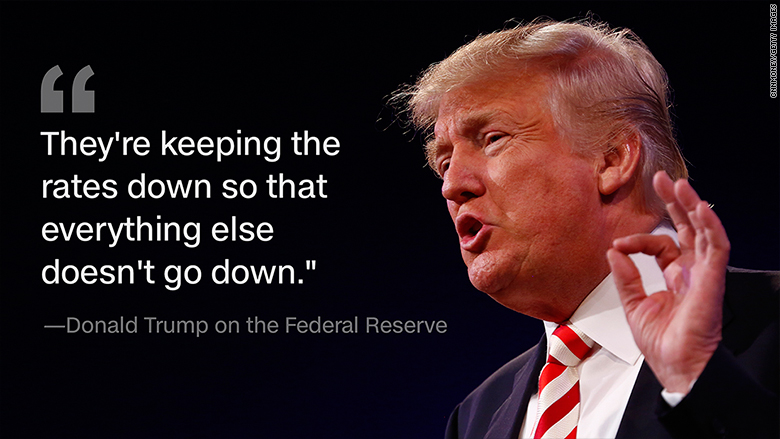 Kevin Warsh, a former Fed governor who was on the final short list for the top job at the Fed, said during an hourlong Oval Office interview last year — appeared to want to know exactly what Warsh would do on interest rates and seemed not to care about the Fed’s historical independence.

“If you think it was a subject upon which he delicately danced around, then you’d be mistaken. It was certainly top of mind to the president,” Warsh said about Trump’s questioning on interest-rate policy. “The president has a view about asset prices and stock markets. He has a view based on his long history in his prior life as a developer and real estate mogul of the role of interest rates.”

Warsh added that he did not have the impression that Trump viewed the central bank as an independent organization meant to make decisions in the best long-term interests of the economy rather than at the bidding of the White House or any other political institution. “In some sense the broader notion of an independent agency, that’s probably not an obvious feature to the president,” he said.

ORIGINAL SOURCE: How Trump could break from the Fed’s independence by Ben White at Politico on 5/9/18