As US companies are taking advantage of tax breaks to repatriate foreign-held balances, Europe is facing what seems to be almost a quaint problem in today’s USD-printing-press world: a shortage of those very same US dollars, which could cause liquidity issues.

The European inter-bank market is going through the biggest shortage of US-dollar liquidity in nearly nine years. According to analysts, US tax reform may be behind the largest deficit since the financial crisis. 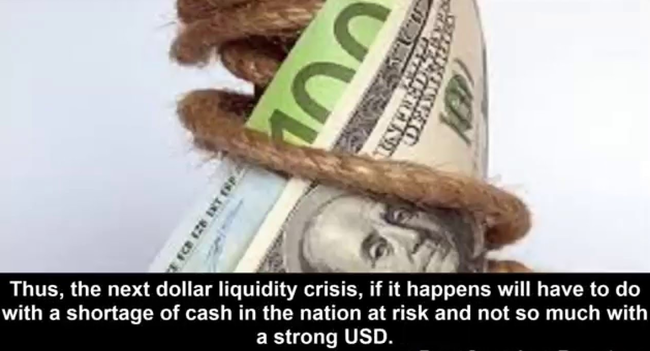 As the Federal Reserve took a more hardline position towards the US monetary policy, LIBOR, a benchmark rate tied to finance products and debts of over $350 trillion, soared to the highest level in over eight years.

The figure shows that dollar loans nearly doubled in price in the past six months. In November, there was a 1.38 percent interest rate to borrow dollars. The monthly rate increased to 1.82 percent compared to 0.15 percent in 2015.

ORIGINAL SOURCE: Europe running out of dollars as US coaxes companies to bring money home at RT on 3/20/18