When Interest Rates Stay Low, Borrow Like There’s No Tomorrow 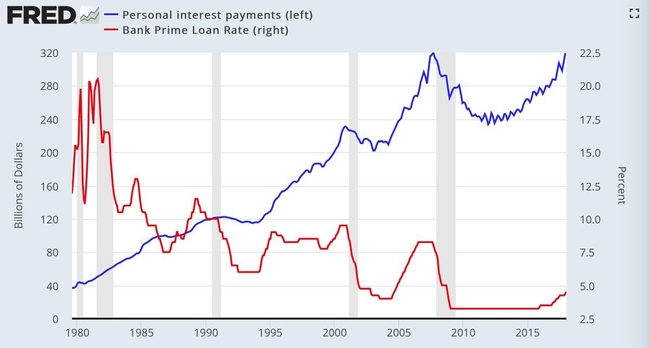 Last week we saw the standard script of the last 9 years unfold: Dovish talk by central bankers and artificial liquidity taking over markets. The latest avalanche of free money entering markets are of course buybacks courtesy of tax cuts which now are expected to reach $650B in 2018 announcements coming to $50B a month.

In many cases, companies don’t know what to do with all that free cash, but to buy back their own shares. Warren Buffet pretty much spelled it out this weekend and today: “A large portion of our gain did not come from anything we accomplished at Berkshire,” Buffett wrote.

The firm’s most recent annual letter revealed the investment conglomerate’s net worth surged $65 billion in 2017, with $29 billion of that stemming from tax proceeds. That gain was realized in December, after the passage of the tax plan.

So he has a problem, knowing that stocks are expensive he’s having a hard time investing the cash so he’s opening the door to buy back his own shares over issuing more dividends. None of this creates jobs, jobs, jobs of course, but is a reflection of the absurdity of the ill-devised tax cuts that will continue to expand wealth inequality but will continue to produce a bid underneath markets until the bitter end.