2018 Gold Price Forecasts and Predictions from the Big Investment Banks

But they do control enormous amounts of capital, so keeping an eye on where they stand vis a vis the gold price is worth monitoring.

So, presented here without further commentary, is a sampling of current institutional views on gold:

“Goldman Sachs says it is bullish on gold for the first time in five years, as signs of an uptick in inflation and the ‘increased risk’ of a stock market correction should support prices for bullion.

"Our commodities team believes that the dislocation between the gold prices and U.S. rates is here to say," Goldman Sachs says.

“Not surprised if gold surpasses the $1,700/oz target set for next year. Bullishness is related to the fact that US' expansionary phase is in the late cycle. Gold has historically rallied even after business cycle starts to turn.

And also rallied even if the US economy starts to fall into recession. Dollar strength is temporary. At some point, we'll see a catch-up recovery in Europe and Japan. The dollar will start moderating and a weakening dollar will support metal prices.”

"Analysts said their bullish gold view for $1,400 gold by the fourth quarter is based on expectations that U.S. real rates will surprise to the downside, U.S. dollar strength will wane, a dovish central-bank approach to future monetary policy, continued robust Chinese investment demand, and an elevated probability of a disruptive geopolitical event." 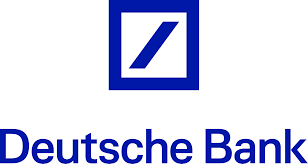 “Let us be clear; we are not saying that gold will trade up to $1,700/oz in the near term, but when viewed against the aggregated balance sheet of the ‘big four’ global central banks (the Fed, ECB, BoJ and PBOC), the argument can be made if we view gold as a currency, the metal is worth closer to $1,700/oz.” Michael Hsueh and Grant Sporre told clients.

"As soon as this $1,350 to $1,375 area goes, which I do think it will later this year mostly when the dollar rally kind of tempers itself and neutralizes, that puts gold on the path to $1,450 so plenty of room there,' said Paul Ciana, Bank of America Merrill Lynch technical strategist."

“Later in the year, we expect the US dollar and 10y US Treasury yields to peak. This should support precious metal prices. We also expect US growth to peak in the fourth quarter of this year. This will support gold and silver price.”

“The average price of gold in 2018 will keep at $1,325 per ounce and reach $1,350 in the second half of the year, said Eugen Weinberg, analyst of Commerzbank in his email report.”

“Macquarie, in a recent report, said it envisions gold hitting $1,400 in 2018 for the first time in five years on "the end of U.S. economic outperformance," meaning a headwind for the U.S. dollar.”

“We expect prices to work higher through the headwind of firmer US monetary policy and expect there will be further bouts of safe-haven buying… We expect spot Gold prices to trade in a $1,190 to $1,390/oz range in 2018.”

“The still low global real rates, along with investor desire to hedge in the face of fully valued equity markets should also buoy gold and help the broader commodity complex.” [Q4 target: $1,325]