Billionaires are making moves to shore up their fortunes against a coming collapse in risk asset price.

Naguib Swiris and Jacob Rothschild know that they can’t predict when the great shift from recklessly printed fiat currency to a permanent store of value is going to come. But they understand that our current path is unsustainable and that the only way to be correctly positioned is to buy gold before a significant panic.

Economic uncertainty usually ensures an increase in the price of gold. While Wall Street has been enjoying a good ride, not everyone is expecting the stock market to continue its current upswing. Billionaire Naguib Sawiris, Egypt’s second richest man, has announced that he will be placing half of his net worth, which is a considerable $5.7 billion, into gold.

With the dominance of gold during chaotic economic times, it seems easy to delegate gold to the realm of economics. Until one recalls that Lenin, Mussolini, and Hitler made ownership of gold illegal upon their seizure of power. The power of gold is that it bestows liberty and freedom on those who own it. Which makes gold the primary nemesis of any aspiring dictator. 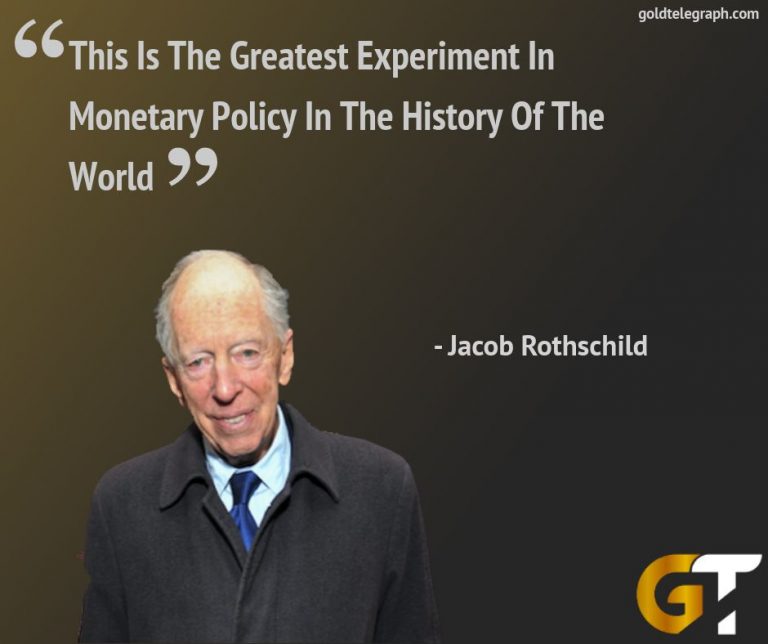 Jacob Rothschild, head of the banking family, indicated in 2016 that he is moving from the U.S. dollar, the current global reserve currency, into gold and non-U.S. currencies. The Rothschild family is wealthy enough to buy a few small nations for the sport of it. So, it’s well worth noting when they lose faith in the U.S. dollar.

When we look around us, we see currency being devalued at a rapid rate through active and deliberate government policies, especially the policies of central banks. This is nothing less than theft. Look at once-prosperous Venezuela, where people are starving and dying from lack of medical care, thanks to a worthless bolivar that the government continues to print feverishly to devalue it even further.

A gold standard limits the power of the government and increases the freedom of its citizens because it forces the government to place an actual value on its currency. Gold knocks tyrants off their pedestal and puts the power back where it belongs – with the people.

ORIGINAL SOURCE: Thank The Fed? The World’s Billionaire Investors Are Buying Gold by Tom Lewis at The Gold Telegraph on 5/6/18