The Demographic Time Bomb: US Birth Rate at All-Time Low

The scariest three-word phrase in the English language may end up being “consumer-driven economy.”

Consumer spending comprises 70% of US GDP. And with all the esoterica and tea-leaf reading that goes on in economic theory, this data input is pretty basic. Fewer consumers (not to mention fewer productive workers) is a fundamental future problem for national economic growth.

The number of babies being born in the United States continues to fall, with the birth rate reaching a new record low in 2017, according to a new report from the Centers for Disease Control and Prevention. 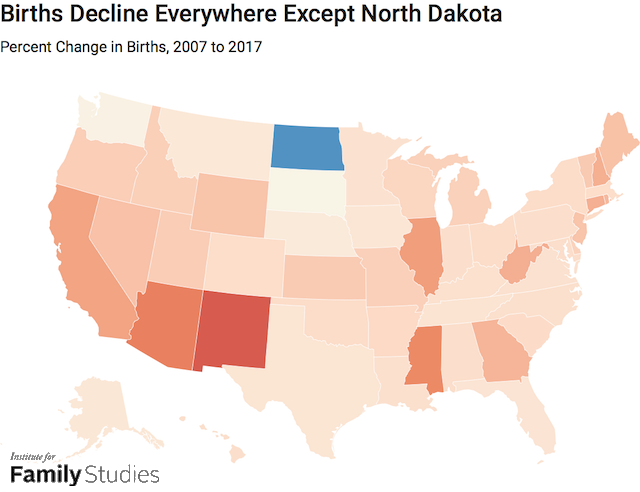 Last year, about 3.8 million babies were born in the U.S., which is 2 percent lower than the number born in 2016, and the lowest recorded number of births in 30 years, according to the report.

The decline in the U.S. birth rate from 2016 to 2017 was the largest single-year drop since 2010, the researchers wrote in the report, which was published today (May 17).

ORIGINAL SOURCE: US Birth Rate Hits All-Time Low: What's Behind the Decline? by Rachael Rettner at Live Science on 5/17/18