The Past Allows Us to Predict the Future: Brand New Hidden Secrets of Money Episode 9

Exact predictions of when something is going happen in markets (or society) is a fool’s game. But looking at history can give you a glimpse into what is almost certainly coming your way sooner or later.

There are a lot of similarities, but as Mike points out, the foundation of Rome’s demise can be attributed to its abuse of its money. Monetary inflation was one of the factors that led to dictatorial rule in Ancient Rome. Because they didn’t respect their money and continued to devalue the currency, their society went into decline, eventually paying the ultimate price.

It is a true hidden secret of money:

Do we have “quality” money today? Hardly. One of the episode’s guest contributors, Steve Forbes, highlights the key fault with today’s fiat currencies:

Because the dollar does not have a set measure of value, the Fed and politicians have been free to continually dilute it, eroding its purchasing power. Throw in ever-skyrocketing levels of debt and this one-two punch will have consequences, according to Rick Rule of Sprott Resources: 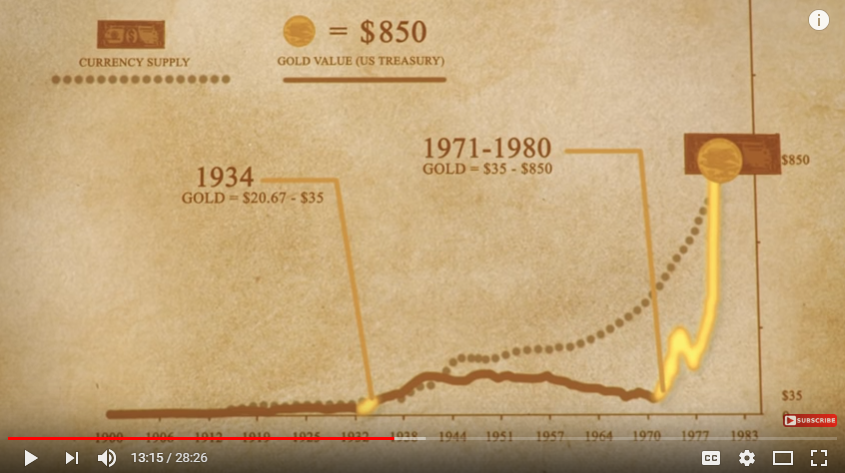 And this is the reason why looking to the past can provide useful insights into the future course of events. If you know the specific consequences that followed specific monetary decisions of the past, time and time again, and you see your country making those same mistakes, you can get a sense for what lies ahead.

For us as citizens and investors, the familiar currency debasement path of the US points directly to the wisdom of having meaningful exposure to gold and silver, mankind’s ultimate forms of sound money.

Shot on site in Rome and full of feature-film-quality graphics and animation, join Mike Maloney and friends Steve Forbes, Rick Rule, Ron Paul, Richard Daughty, and others for Hidden Secrets of Money, Episode 9; Fall of Empires: Rome vs. USA, to answer the ultimate question for yourself:

Is it too late for the US to avoid following in Ancient Rome’s footsteps?