History shows that once or twice in a generation a global crisis comes along that radically devastates people’s way of life. A fundamental shift so big and drastic and overwhelming that it destroys their standard of living and impacts every area of their lives.

We are about to experience one of those events…

As Mike Maloney outlines in the latest installment of his smash hit Hidden Secrets of Money series, that next major event is deflation. And the culprit will be a relatively obscure monetary term that will impact virtually every area of your life: money velocity.

You may not know exactly what money velocity means, but we will all soon experience it firsthand.

In fact, money velocity will be the culprit of not just deflation, but the resulting inflation—and maybe hyperinflation—that will immediately follow.

The good news is, there is a way to protect yourself and even profit from these upcoming crises. History shows that on the opposite side of every crisis, there is an equal opportunity…

Why No Inflation After Massive Money Printing?

It’s been a puzzler… after all the money printing by the US Federal Reserve and other central banks, why has there been no inflation to speak of? The money supply has grown to unprecedented levels, yet the Consumer Price Index (CPI) has remained stubbornly low.

The answer lies in the velocity of money. As Mike demonstrates in simple, straightforward language, this simply refers to the number of times each unit of currency changes hands. If you buy lunch and tip the waitress $1, the money velocity was “one”. But if the waiter uses that dollar to pay a taxi driver to get home, and then the taxi driver uses that dollar to fill up his gas tank, that’s a money velocity of “three.”

In other words, money velocity is simply how frequently currency changes hands throughout an economy.

So how often has currency been changing hands? The purple line below is money supply, and the blue line is money velocity… 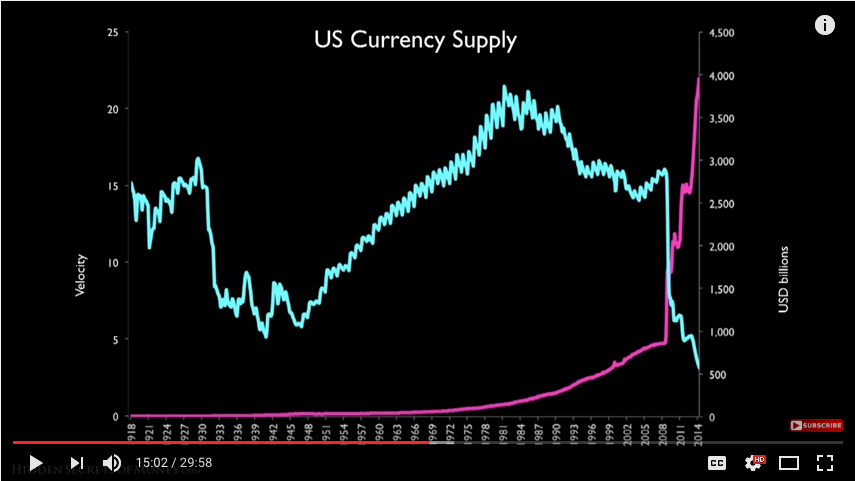 Since the financial crisis in 2008, money supply has soared. But the velocity of money has cratered.

This largely explains why official inflation has remained low. Citizens have been saving more and spending less. The lower the money velocity, the lower the effects of all the stimulus efforts put on by central bankers.

This is why the Federal Reserve and other central bankers aren’t getting what they want: they believe they can change the money supply to stimulate their economies. But until money velocity increases, it won’t work.

Why Real Deflation Will Lead to Runaway Inflation

But that’s not all that low money velocity does: it also pushes central bankers to intervene to greater and greater degrees. And the more they intervene, the more they will eventually ignite inflation.

Inflation always wins in the end, because no matter how bad deflation gets, central bankers always get another turn.

Lots of analysts agree with Mike that the global economy is headed for deflation. But many of them stop there. They think that’s the end of the story, that that’s what we’ll all have to live with.

What they fail to consider is how central bankers will react to deflation.

Think about it… will central bankers stand on the sidelines while the global economy struggles under deflation? Will they do nothing when their own citizens demand help? Heck, look at how they’re reacting now, without a major crisis… many have instituted negative rates and continued printing money.

Imagine how central bankers will respond when the Gross Domestic Product (GDP) goes negative and formally ushers in the next recession. They’ve already clearly demonstrated they will not stand idly by—and in fact, will be aggressive in their response.

What you and I must prepare for is this: increasingly aggressive interventions by central bankers that will set off sudden inflation, and possibly hyperinflation.

And consider this: each time there has been economic upheaval throughout history, the “greatest” financial minds in the world were at the helm. You need to decide if you will follow their guidance—or forge your own path and protect you and your family against the next set of crises they will be unable to avoid.

As Mike points out, there is a solution that can turn this crisis into your opportunity: 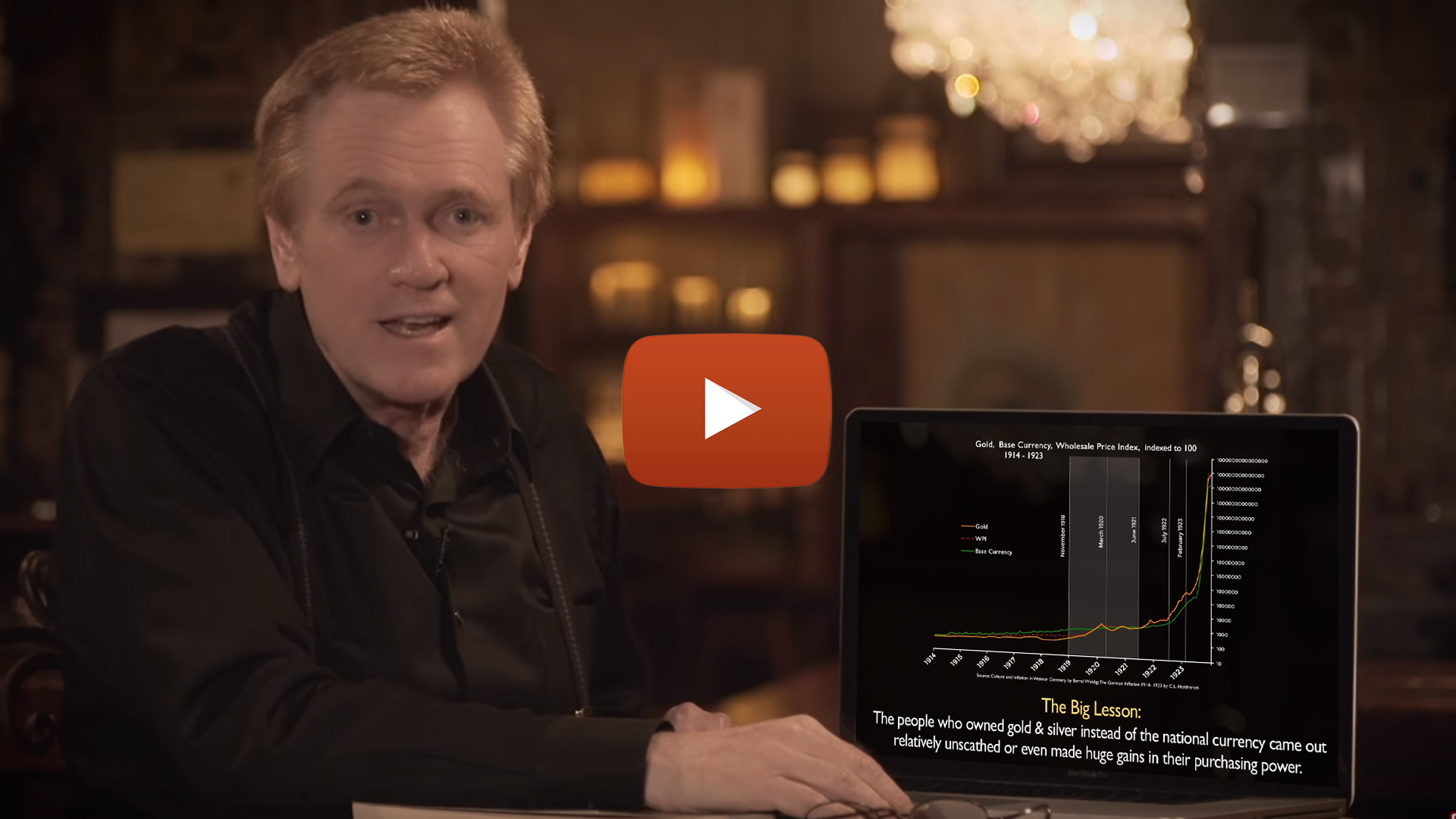 “People who own gold and silver instead of the national currency came out relatively unscathed, or even made huge gains in their purchasing power.”

Watch Episode 7 of the Hidden Secrets of Money, and learn more about how the one-two punch of deflation and then inflation will deeply impact your life—and more importantly, what you can do about it.