"Where Do You Think the Price Is Going for Silver and Gold?"

“On January 20-21, 2019 the Vancouver Resource Investment Conference offers you a unique opportunity to speak to the experts, meet with companies and grow your portfolio.”

One of those experts? GoldSilver’s own Jeff Clark, who sat down with conference organizers Cambridge House International to discuss his current thoughts on silver and gold.

Where do you think the price is going for silver and gold?

Higher, potentially much higher. The reason is that today we have numerous asset bubbles, global debt at record levels, and for the first time in history, all currencies are fiat, backed by nothing. This puts the world in a highly precarious position, one that carries an unusually high level of risk.

When investment markets inevitably reverse and debt blows up and currencies get overprinted again, it will drive investors into precious metals, similar to what we saw in the 1970s. Mike Maloney provides an in-depth look into what likely lies ahead in his hit video series Hidden Secrets of Money.

The odds of a wealth transfer from other asset classes into gold and silver are very high; based on the repetition of the predictable fiat-currency life cycle, one that has played out many times before, we can look ahead and see what will probably take place. This makes the odds of an upcoming mania in precious metals high. Here’s a fun article about what that mania could look like.

These and other economic, monetary, and geopolitical risks make how much bullion you own more important than how high the price may go. This is clearly a time in history to be overweight precious metals — holding 5% of assets in bullion will probably not be enough to offset the kind of events ahead and how long they could last.

Since most all other investments are either overvalued or in an outright bubble, while gold and silver remain comparatively undervalued, it is an ideal setup for contrarian investors. Even just following the “buy low, sell high” adage demands that we sell or at least lighten up on common stocks and real estate and buy undervalued gold and silver.

This makes their current prices, relative to where they’re ultimately going, a bargain. It is also entirely possible that gold and silver will move from defensive assets into offensive ones — meaning they will widely outpace the inflation-driven loss in purchasing power — in the environment ahead. 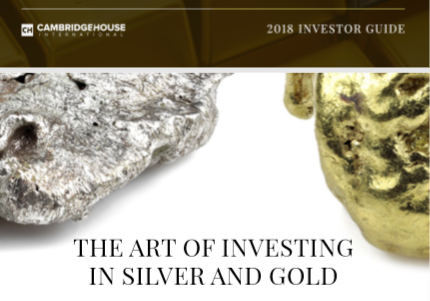 What catalysts are going to move the price for silver and gold?

Whatever it is this time around that kicks off the next crisis. Let’s face it: gold is primarily a fear asset, so it will ignite once other assets or economies or currencies or anything else starts to unravel in earnest, as they have so many times throughout history. Since the stock market is still rising and real estate values are high and GDP is growing, the mainstream has ignored gold. But when those things reverse — which is inevitable — gold will come back into favour.

I can say this with confidence because history shows people tend to react the same way to a crisis, regardless of the era. So whether it’s a stock market crash, geopolitical conflict, rising inflation, or any other negative development, people will rush back to gold in response to those events. That’s why it has lasted as a primary investment for 3,000+ years, and why everyone from kings to pirates to central banks has coveted it.

It has been a waiting game for gold investors, but the fact that gold has basically gone nowhere for five years does not diminish the risks we face today as both investors and citizens.

The catalysts will materialize, it is only a matter of when. And when that first domino falls, we will begin to see a major shift in sentiment, just like we saw in real estate, from the giddiness of getting rich via subprime-mortgage-fueled house flipping in 2006 to the sudden distress, gloom, and mass foreclosures of 2008. The same kind of about-face will happen again: the current elation reflected in stock markets (and other assets) will fizzle sooner or later, and the capital rotation into precious metals will be on.