Has the Gold/Silver Ratio Started a Reversal?

If you haven't noticed, silver’s on the move.

And the gold/silver ratio—an indicator many analysts, including me, track to determine if one or the other metal is lagging its historical performance—has fallen 8% over the past eight trading days.

Is this the beginning of the next major outperformance of silver over gold?

This chart that shows the last four major reversals in the gold/silver ratio, along with the current one.

The current move on the far right shows that silver has risen 9% since July 12, against gold’s 1% gain, pushing the gold/silver ratio down sharply.

And given how high the recent gold/silver ratio reached (crossing 90 earlier this month for the first time in decades), the upcoming reversal would be bigger than ones in the past if it falls into the common lows of these past moves.

Let’s make this practical. Here’s how much a $10,000 investment would be worth at the end of each reversal. 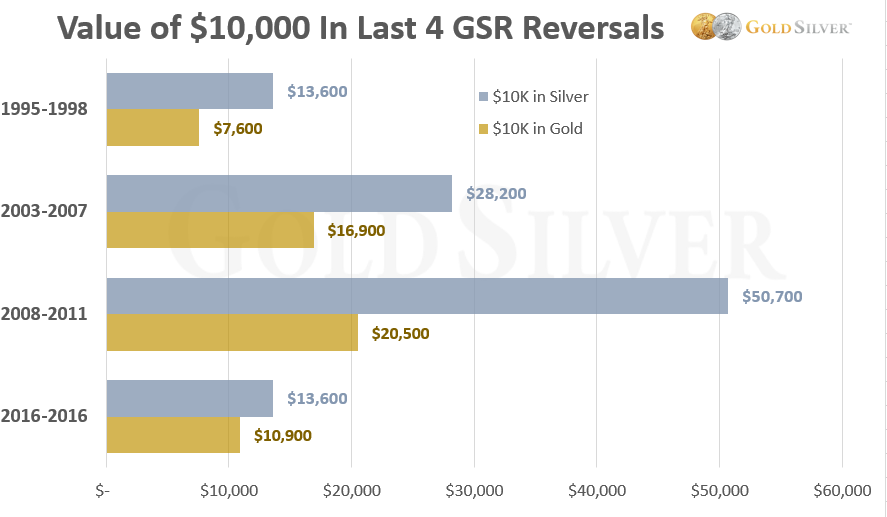 Does the current rally have more steam in it? No one can be sure in the short term. But we’ll remind you that major long-term fundamentals are in place, starting with the looming structural supply issues.

If you want to follow what Mike Maloney is personally doing, then you’re buying silver now.