Silver Institute: Demand Rose in 2017, Mine Supply Continued to Fall

As a sidelight to the immensely intriguing trading setup in silver right now, news that its primary use, in industrial applications, saw increased demand last year.

While silver speculation can be the tail that wags the dog, price-wise, over half of all silver produced goes to use in industry. This steady, real-world demand and utility are one of silver’s fundamental underlying price appreciation drivers.

Industrial demand for silver, fueled by record photovoltaic growth, rose in 2017 for the first time since 2013.

A stronger global economy led to healthy demand from the semi-conductor market, resulting in greater silver offtake in electrical and electronics applications as well as brazing alloys and solders. 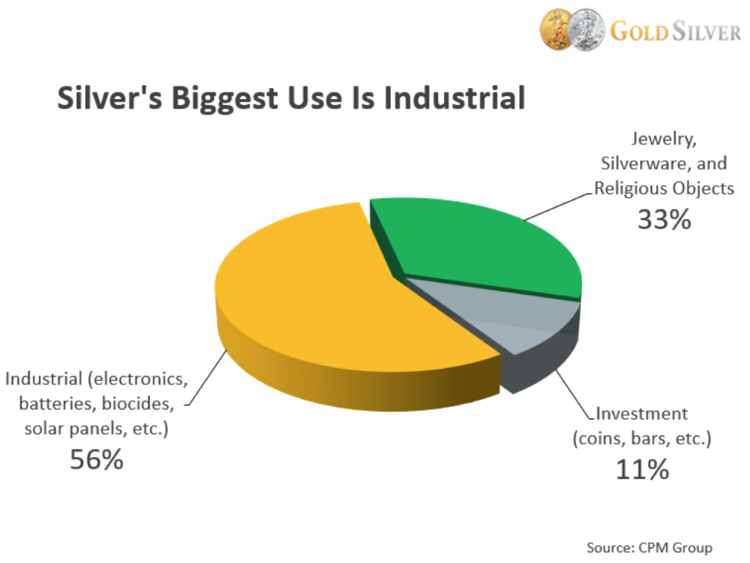 The jewelry and silverware sectors also experienced noteworthy gains in 2017. On the supply side, global mine supply fell for the second consecutive year, following an uninterrupted streak of 13 annual increases prior to 2016.

Silver scrap supply, which has been in retreat since 2012, again registered a loss. These factors led to a tightening of the supply/demand balance, contributing to a physical deficit of 26 million ounces (Moz) in 2017, the fifth consecutive annual deficit.