The Risks of Gold and Silver ETF's vs. Physical Metals

On the surface, buying a bullion-backed exchanged-traded fund seems harmless. An ETF (or ETN, Exchange-Traded Note) is a security that tracks an index, sector, commodity, or other asset, but can be bought or sold just like a stock.

Gold ETFs are no different. They track the price of the metal, don’t require you to store any bullion, and even list the serial numbers of the bars they hold on their website. Sounds good, right?

But similar to the old joke about “waterfront” land in Florida that turns out to be swampland, these products are not as straightforward as they sound once you look closely. The reality is, bullion ETFs carry much greater risk than most investors realize. Further, a crisis of any serious nature may demand that you have not just price exposure, but actual metal in your possession.

This article examines the key structural defect inherent in all bullion ETFs, three specific risks you face with current ETF products, and the fundamental reason investors need a meaningful amount of physical gold and silver in their possession.

The One Sentence Every Bank Customer Fears

Imagine you log on to your bank account to withdraw some cash, and receive a notification that includes the following statement:

The things is, this is not fiction… it’s not some old reference to the Great Depression… and it didn’t occur in a third world country. It happened in Great Britain, in 2011. 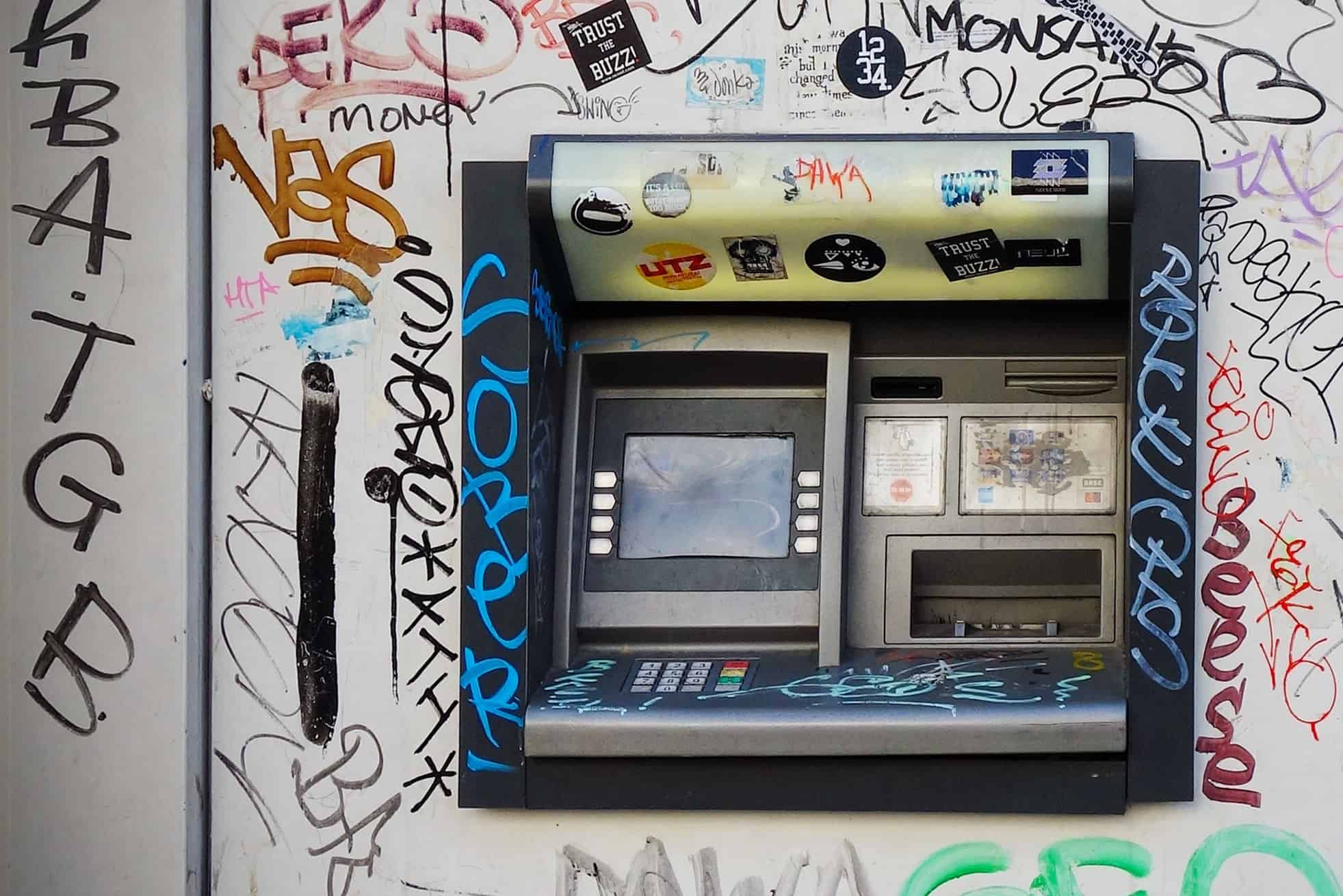 Within 11 days after Britain voted to leave the EU (aka, Brexit), M&G Investments, Aviva Investors, and Standard Life all temporarily banned clients from withdrawing funds due to “extraordinary market conditions.”

These are not small, obscure funds in the UK. Each manages billions of British pounds. Because of the unexpected outcome on Brexit, however, it quickly became apparent that continued redemptions would cause a liquidity crisis and force management to dump assets at fire-sale prices. Executives at each fund felt they had no choice.

The result was that regular depositors couldn’t get their own money out.

What does this have to do with bullion-backed funds? Gold ETFs have the same risks as those funds. And those risks all center around two words…

Counterparty risk is simple: it means you rely upon another party to make good on your investment. If they fail, for any reason, your investment is in jeopardy. Even a simple savings account relies on the bank to be in a position to honor paying out your savings at any time and in any amount.

The counterparty for the UK investors were the funds themselves. They were temporarily unable to return depositors’ money when they needed it (and consider that since it was a crisis at the time, it was precisely when customers needed access to that cash the most).

Every bullion-backed ETF also has counterparty risk. When you buy a gold ETF, you rely upon many factors, probably more than you realize…

If any of these break down, your investment could be at risk. Delays for redemptions could easily take place, just like with the UK funds above. More importantly, with the type of crises Mike Maloney sees ahead, it is highly likely that one or more of these counterparty risks will materialize with bullion ETFs. In fact, some already have, as you’ll see.

A lot has been written about the pitfalls of GLD (SPDR Gold Trust), the largest gold bullion fund in the market. But what many investors don’t know is that it carries enormous counterparty risk.

The following statements are all buried deep within the most recent fund prospectus (May 8, 2017):

Does any of this sound like a reliable investment? Hardly. In a push-comes-to-shove environment, the risk is transferred to you. The fund is set up to protect itself before the investor. Worse, in the event any of these events take place the ETF may not even track the price of gold.

That’s not all. You may be surprised to learn that GLD hires subcustodians to store some of their gold. But that relationship has glaring loopholes and potentially fatal flaws. Check out some of these statements from the same prospectus:

This doesn’t sound legal, let alone smart. It clearly makes GLD an accident waiting to happen. This “chain of custody” is so poorly structured that it makes the fund highly vulnerable to all kinds of mishaps.

All it will take is for one supplier to knock over the first domino – “gee guys, we can’t get our hands on the gold we were holding in the fund,” for example – and the ripple effect could instantly cripple the fund and force management to freeze withdrawals. In that scenario, investors would not be able to cash out their position.

And consider this: while the gold price would soar on this news, the price of the fund – and your investment – would plummet!

These are obvious flaws with GLD, but it’s not the only risk gold ETFs face…

If you already, rightfully, think GLD carries a lot of risk, wait until you see this…

Blackrock, the sponsor of the world's second most popular gold ETF, IAU (iShares Gold Trust), admitted in 2016 that it had failed to register new shares with the SEC. Exchange traded commodity funds are required to do this, but BlackRock reported there was an “administrative oversight” and they sold shares that didn’t yet exist.

Management claimed IAU shares continued to trade without interruption, but the reality is that management lost administrative control over the fund. They were fined by both the SEC and state securities agencies (not counting possible lawsuits from shareholders).

And per usual, the chronically overburdened and understaffed SEC totally missed it. It turns out the “oversight” only came to light because the fund itself informed the SEC. In other words, regulators weren’t even aware of the violation!

All told, IAU sold $296 million worth of unregistered shares. The problem for investors was that until those shares were registered, the price of the fund did not track the price of gold. Imagine logging on to your account and finding the price of gold rising but the price of your gold fund falling. That’s exactly what temporarily happened to IAU shareholders.

Management blamed a spike in demand at the time, but it was certainly no more than what we’ve seen many times in the past. What happens when (not if) gold demand soars again? What if we get some sort of gold mania? And what does this say about how well equipped this management team is to handle these and other crisis-type events?

This blunder shows that management proficiency of this fund is lacking. All ETFs are subject to managerial skill – or lack thereof.

Most investors were completely unaware of this development. If a stampede for the exits had started, almost none would’ve got out intact.

The next counterparty risk may be the biggest of them all…

HSBC is Britain’s biggest bank. It is also the custodian for GLD, which means it buys and stores gold for the fund.

Unbeknownst to many GLD investors, HSBC has a history rife with scandals that include predatory lending, tax evasion, and even accusations that their lack of controls helped terrorist groups and drug traffickers. Their “rap sheet” is pretty long…

Does this sound like a bank you want to be the custodian of your gold ETF?

The answer is an obvious and resounding NO. And yet HSBC continues to be the cornerstone agency responsible for storing and supplying bullion for the GLD fund.

The thing is, most bullion ETFs also store their gold at a bank. And that is the bigger problem for investors:

This link between bullion ETFs and the banking system puts your investment at risk during an economic or monetary crisis. Bullion ETFs are vulnerable to all kinds of restrictions, emergency regulations, and even bank closures.

If you don’t know, there’s an archaic US law still on the books about gold taxes. Basically, gold is taxed as a “collectible,” which for most investors is currently 28%.

In other words, there’s no current tax advantage to buying a gold ETF in lieu of gold itself. You can get lots more info on taxes here. And if you’re interested in tax-advantage precious metals, consider opening a Precious Metals IRA.

The #1 Reason to Hold PHYSICAL Gold

As an investor, you don’t want to experience delays selling your bullion ETF or in getting proceeds paid out… or to find out the fund doesn’t have the gold it thought it had… or to watch your fund fall while the gold price rises.

All these and more can impact the #1 reason you want to have physical gold:

In a crisis situation, you could be subject to restrictions ranging from inconvenient to disastrous:

If any of these or other actions take place, physical gold will give you a ready form of money to meet any financial need or emergency. You can’t do these things with a gold ETF, because most don’t permit delivery of bullion to retail investors (and the few that do are costly and slow). You will also have to wait on settlement, and then for a check to be mailed or funds to be wired, and that assumes the system is still functioning smoothly and can process your request exactly when you need it. And those funds will end up in the banking system anyway, which could pose another barrier to access. And all along you were merely “renting” a paper product that gave you little to no ability to get real gold delivered to you.

So, the primary reason to buy physical metal instead of a paper product is because the nature of a crisis could demand it, at least for a short time. You need more than just price exposure: you want gold in your possession to get through a crisis.

Is Your Gold Investment a True Safe Haven?

Bullion ETFs are a nice idea, but the risks are a very real and present danger. Worse, the reason you own gold is to protect against financial and economic uncertainty – and you could lose that advantage if you own a paper form of gold that comes with all kinds of counterparty risks.

Yes, holding physical gold isn’t risk free, either. But, if you hold gold Eagles and other popular bullion coins, you hold a tangible asset that has virtually no counterparty risk.

Any type of crisis could put gold ETFs under greater and greater pressure, making them unable to offer safety from the very events they are supposed to protect us against.

Buy real gold, and not a paper proxy, promise, or pawn.