People often wonder about the contents of modern US coins, as well as how those coins have evolved over the past several centuries. It’s a common question: most people know there are no longer any precious metals in our coins, but what exactly are they made of, and how has their composition changed over the centuries? We’ll answer that in a moment, but first a quick look back. 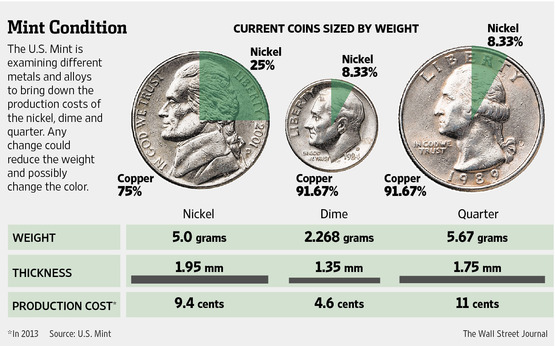 The Way Things Were

Establishing the value and means of production of currency is essential to the conduct of trade within any country, or between nations. The fledgling United States of America, founded in the late 18th century, was no different. The Constitution—which established the federal government in March of 1789—references “money” twice. Article I, Section 8 specifies that Congress “shall have the power to … coin Money, [and] regulate the Value thereof.” And Article I, Section 10 states that “No State shall … make any Thing but gold and silver Coin a Tender in Payment of Debts.”

Note that, in both cases, money is defined as coins.

The Coinage Act standardized production of the following coins (“disme” being the original spelling of “dime”), according to the weight of the constituent metal:

Among other interesting features of the Act were that citizens “may bring gold and silver bullion [to the Mint], to be coined free of expense”; and, ominously, that the death penalty would be imposed for debasing the gold or silver coins, or embezzlement of the metals for those coins by officers or employees of the Mint.

The metals used to make coins were chosen for their chemical and physical properties, particularly as those apply to conditions a currency will encounter. Since coins will be freely circulating, they must have strong wear resistance and anti-corrosive properties. Silver and gold were excellent choices, of course. Copper slightly less so, but they needed something inexpensive for small transactions.

However, there’s a fly in this ointment. In such a coinage system, the underlying value of the metal components could not exceed the putative face value of the coin itself. Otherwise, people would have a significant incentive to melt the coins down into bullion and sell for a profit.

In 1933, the U.S. government removed this possibility from the equation by making private possession of gold illegal. The right of citizens to own gold bullion wasn’t restored until 1974. A prohibition on melting silver was put in place in 1967 but the ban was lifted in 1969. It no longer made sense after silver was removed from coinage in 1964.

Today, gold and silver coins are still minted but not for circulation. They are bought by investors or anyone who desires a store of value. Thus, despite the disparity between a one-ounce gold Eagle’s face value of $50 and its market value of $1300 or so, no one is melting coins down, simply because you can’t buy an Eagle for fifty bucks. Gold and silver are market-priced by the ounce. Whether in the form of bullion or coins, you pay for them by weight. (If you bought your silver coins back in the ‘50s, though, you can now cash them out for about 13 times what you paid.) So, although many people think it’s illegal to melt down gold or silver coins, it isn’t. It’s simply that there’s no benefit to do so. 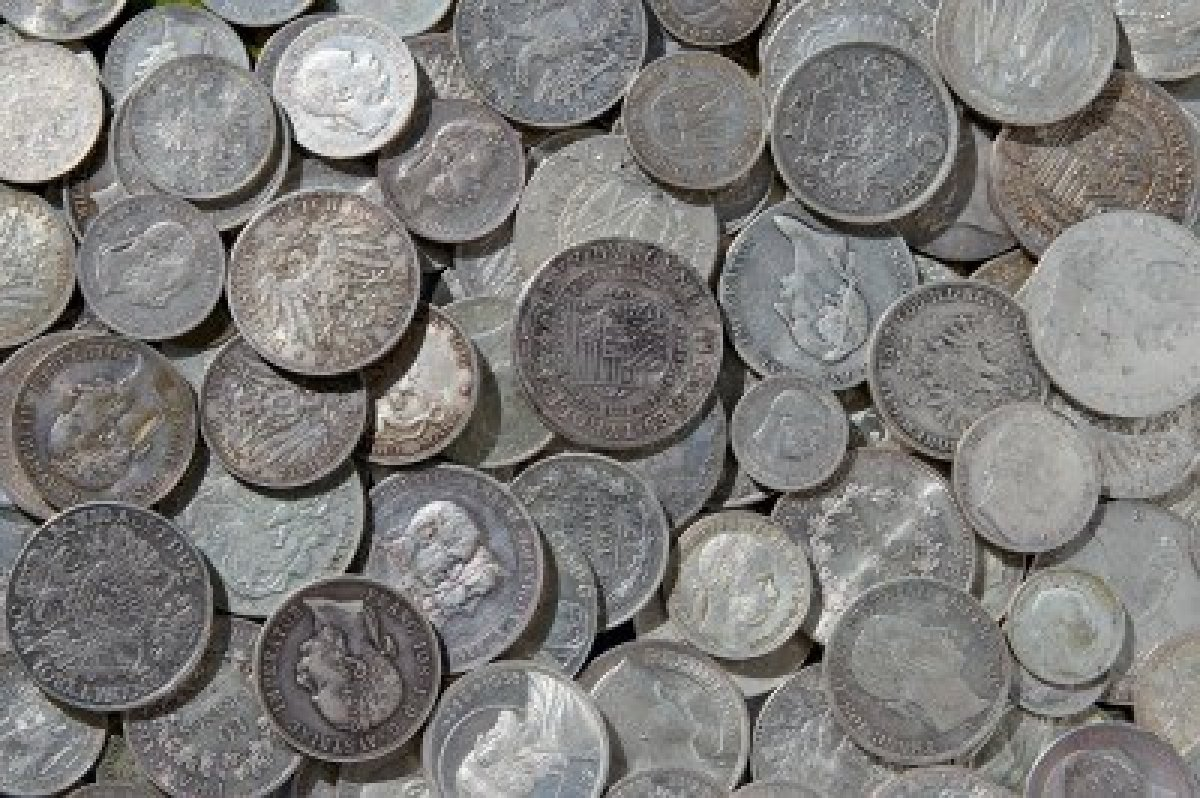 While gold coins were removed from the system in 1933, silver coins continued to circulate. Eventually, those coins’ underlying value outstripped face value. So, as noted, in order to continue to have coins usable by citizens in transactions, silver was removed from all coinage in 1964 (except for silver-clad half dollars that were minted from 1965-1970).

Today, as then, quarters and dimes are made of an alloy consisting of 91.67% copper and 8.33% nickel. No one is melting them down, either; a quarter has a market value of around 9 cents; a dime is worth maybe 4 cents.

Going to a cupro-nickel alloy solved the problem for formerly-silver coins. But a problem remained with regard to pennies ad nickels.

Nickels are less well-traveled, having been standardized at 75% copper and 25% nickel in 1866.

Today, a penny’s face value lines up pretty well with its intrinsic value; however, the copper content of pre-1982 pennies is around 2.5 cents. The contemporary nickel checks in at about 8 cents. In either case, speculators could pull them from circulation. So, in December of 2006, Congress passed legislation banning the meltage of pennies and nickels. You also can’t export them in quantity.

Not that this has deterred speculation. In fact, you can find any number of sites on the Internet that recommend stockpiling either nickels or pre-1982 pennies. The logic appears to be that it seems certain the Mint will stop producing pennies someday, and the same may be true of nickels. At that point, restrictions may be lifted (or the composition of the nickel may be debased) and hoarders will benefit. But in the meantime, these pennies and nickels are trading in bulk for more than face value.

What Coins Have Silver in Them?

Up until 1965, U.S. circulating coinage was made of 90% silver (dimes and quarters). The Mint began to decrease the amount of silver in 1965, and today no pure silver is used in circulating coins.

But those dimes and quarters can still be bought today. They’re sometimes referred to as “junk” silver, because they’ve been in circulation before and thus have some wear and tear.

These coins no longer circulate, but you can still own a piece of history. And they have much greater monetary value over the dimes and quarters of today (which are made of copper and nickel). They could also be used as barter in extreme economic conditions—some gas stations, for example, accepted them based on their silver content during the Great Recession.

Junk silver bags contain either quarters or dimes dated before 1965, and are thus made of 90% silver. They’re sold by weight, and contain approximately $100 in face value of coins with a total of 71.5 ounces of pure silver.

Coins as an Investment

The bottom line here is that coins with a known gold or silver content will continue to have a fixed value based on metals content (+ any premium commanded by numismatic value, i.e. a given coin’s rarity and desirability to collectors). Spot prices fluctuate, of course, but gold and silver will always serve as an investment, inflation hedge, and insurance against severe monetary disruption.

Nickels and pennies are less of an investment. Pennies, in particular, are so bulky that storage is a problem; and, in addition, if you buy rolls of them from a bank, you’ll have to spend the time to sort them by date. Nickels are less bulky but still require a lot of space. Whether either will someday have a liquid market where they’re worth more than you pay for them remains to be seen.