Byron King: Reasons You Need to Own Gold Today; The 7 Pillars

There are many factors that make gold an increasingly sensible investment right now, but one should never forget the first and foremost, which never changes: Gold is the single best and most reliable store of value humankind has ever known.

No matter which of the pillars below change and no matter how, the fact will remain that through thousands of years of fiat currencies coming and going, being created and inflated and collapsing, gold has not only outlasted them but reliably gained long-term value, through empires, wars, and economic collapses alike.

You need to own gold. I lay out seven reasons below, in what I’m calling the “Seven Pillars of Gold.” 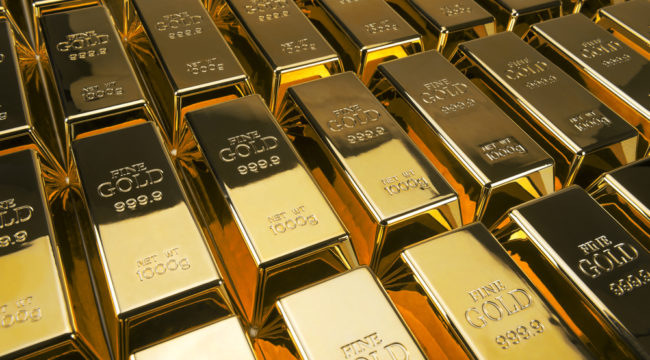 Pillar One: Oil prices are rising. Doubtless, you’ve noticed it if you’ve filled the fuel tank in your car with gasoline in the past nine months. From 2015 to late 2017, we enjoyed a three year respite from the olden days of $100 oil; but now, oil has decided to get up off the mat.

Pillar Two: Interest rates are rising. According to the Congressional Budget Office (CBO), interest on the national debt is among the fastest growing parts of the federal budget. In fact, by 2028 – just 10 years from now – the federal budget will spend more on interest payments (about one trillion dollars per year) than on defense (currently about $800 billion total).

Pillar Three: The petro-yuan. China has begun trading for oil in yuan, recently launching its so-called “petro-yuan.” China is working hard to abandon the dollar as an instrument with which to pay for oil. It’ll use its own currency, the yuan, where and when possible.

Pillar Four: Currency Wars. These types of monetary competitions are built around the very real understanding that nuclear armed nations cannot afford to fight old-fashioned, kinetic wars with each other. No battleships and bombers; but large, powerful nations can still play other games; such as cyber war and attacks on the other nation’s currency.

Pillar Five: Tariffs, sanctions and potential trade wars. With global trade, it’s fair to say that everything is related to everything else. Lay a higher tariff on Chinese steel, and China taxes U.S. soybeans. Ban exports of high tech chips to China, and China might ban exports of rare earth magnetic powders to the U.S. The “era of dollar supremacy is fast ending.

Pillar Six: War. We’re living in a time of risky geopolitics, right at the edge of true war. Wars cost much “silver,” as the ancient Chinese scholar Sun Tzu once noted. As Sun Tzu wrote, “if the campaign is protracted, the resources of the State will not be equal to the strain.”

Pillar Seven: Peak Gold. In a world where demand for gold is likely to rise for a wide variety of reasons, there will be less of it available to buy. We’re just not seeing a lot of new gold discovery. And fewer companies are spending the kind of funds required to make big impacts.

ORIGINAL SOURCE: The Seven Pillars of Gold by Byron King at Daily Reckoning on 4/30/18