The More Things Change: 9 Reasons to Own Gold Today

The best reasons to own gold haven’t changed. Ever. When you ask yourself what might be a better place to put your money, remember that over the longest period of time we can measure, gold has stood as a store of value when everything else has failed.

When you thinking accumulating true wealth, established and generational stability for you and your family, gold has a track record no other asset can match.

There are many disparate and loud voices clamoring for your attention telling you what might happen tomorrow, next week, next month, next year. Almost all of them will be wrong. Concentrate on what actually has already happened, what you can verify: Gold, through centuries of human trials, tribulations, and error, has been a foolproof investment. 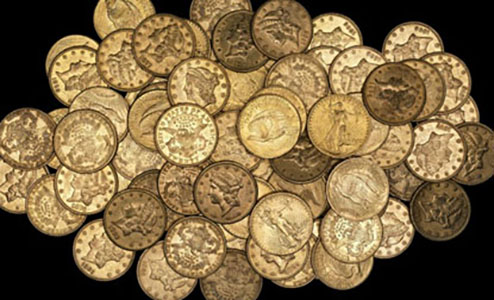 1. The U.S. and other western governments have a history of inflating and deflating their currencies.

2. Since the Federal Reserve system began in 1914, the U.S. dollar has lost 96% of its purchasing power against gold

3. Gold is the longest standing currency in history, but remains largely under-owned in the U.S. Currently, gold ETFs comprise only 2% of all ETF assets in the United States.

4. Until recently, gold has suffered a five-and-a-half-year bear market creating one of the few “cheap” asset classes

5. Gold has been the best-performing major asset class since the turn of the century.

6. Gold is uncorrelated to stock or bond markets.

7. Gold has no counterparty risk.

8. Gold is a hedge against inflation and deflation in the economy.

9. Gold is a crisis hedge or haven asset in times of financial market stress or dislocation.

ORIGINAL SOURCE: Why Gold Should Be in Every Portfolio by Will Rhind at Think Advisor on 5/29/18